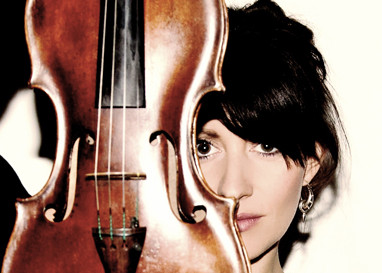 Album: Between the Shadow and the Soul

Violinist and composer Anna Phoebe has thrilled audiences all over the world with her dramatic live performances. Shunning formal training in favour of learning her craft on the stage – quite literally knee- sliding across it – her practical education came under the auspices of elder rock statesmen Ian Anderson and Jon Lord. Couple that with huge stadium tours with the likes of Roxy Music and progressive rock outfit Trans Siberian Orchestra, it’s no wonder that her visually stunning intoxicating showmanship has earned her the title ‘violin vixen rock chick’. However, beneath the bravado Anna Phoebe is a down-to-earth soul who performs barefoot. Her extensive travels throughout the Middle East, performing for royalty and with local musicians have provided some of her most inspiring, memorable and touching times. And it is these that inform her new recording Between the Shadow and the Soul.

Between the Shadow and the Soul is an exotic combination of classical and Eastern influences with a unique rock edge and Anna’s excursion into world music. Though fans of Anna’s rock and prog stylings won’t be disappointed, ‘Between the Shadow and the Soul’ is a far less bombastic affair which sees her embrace sounds from the Middle East, Eastern European folk, gypsy and tabla. From the album’s arresting opener, Shadow, a mesmerizing and evocative piece inspired by the call to prayer in Amman, to the jaunty Balkan folk style of Mostar, Between the Shadow and the Soul is an electrifying album of dynamic range and emotion. The skillfully arranged A Moment’s Deception builds from a repeating mournful melody into a driving full-on pulsating guitar rhythm, then into Embrace, an earth shattering, tender violin and piano duet. Throughout, Anna’s playing is sumptuous and exquisitely expressive. The album, with its fiery crescendos and tabla grooves weaves her layered violins with the diverse musical and cultural backgrounds of the band members as well as the inspiration drawn from her love affair with the Middle East. Between the Shadow and the Soul is the culmination of Phoebe’s long-time writing partnership with guitarist Nicolas Rizzi (who himself is half Moroccan and studied classical Indian music). Together, they have assembled a stellar cast of musicians in Yves Fernandez on bass, Francesco Lucidi on drums and Simran Singh Ghalley on tabla (a Sikh warrior who – remarkably – is the only band member to be born in the UK). With guest appearances from pianist Alex Montaque and Jethro Tull’s Ian Anderson, Between the Shadow and the Soul announces Phoebe as a genuine world music artist, embracing global sounds and prog-rock to forge her own remarkable music

Tickets £10 on the door or on sale from Eventbrite.com