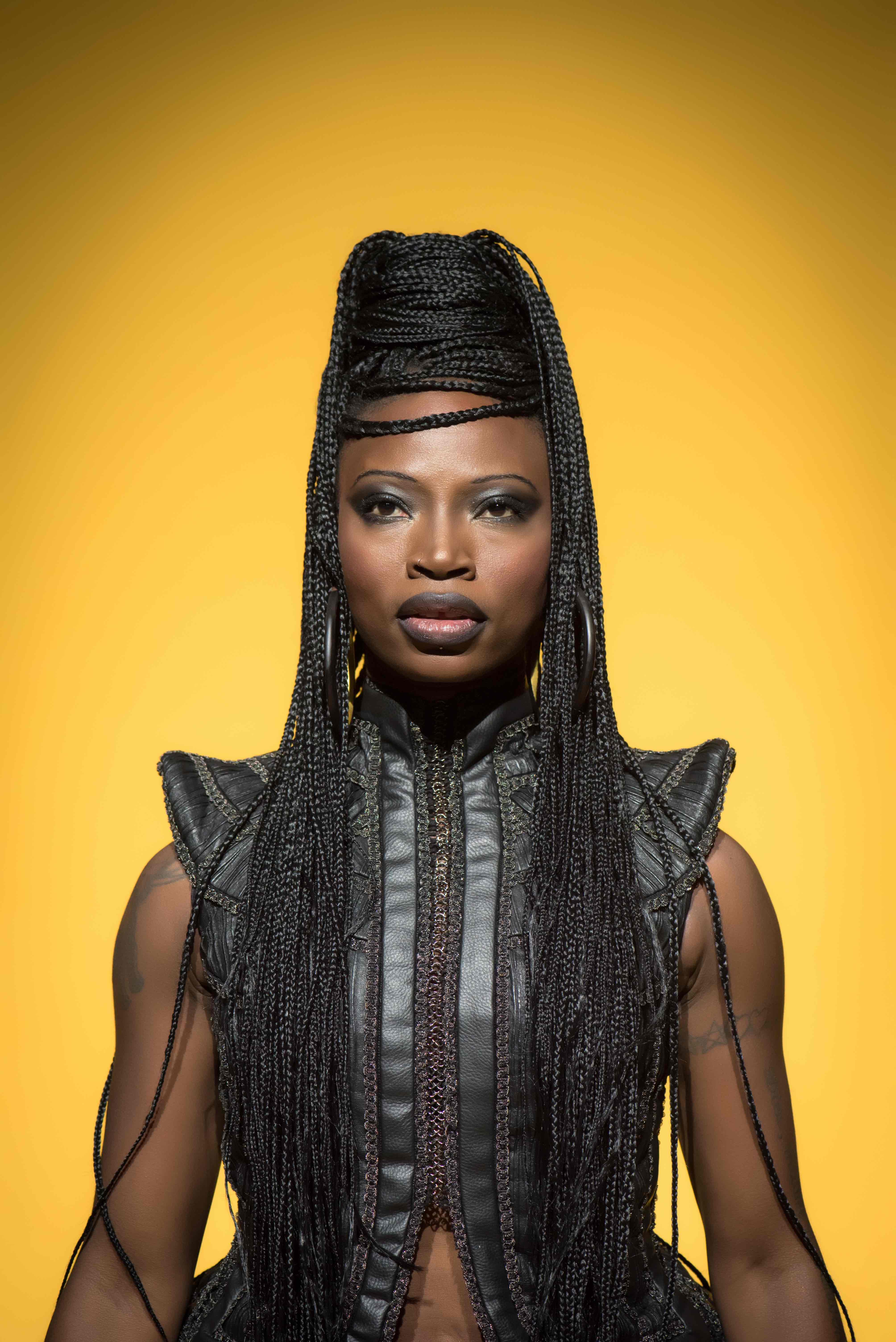 “It isn’t just the look but the power and range of Gnahoré’s voice that is transfixing. And when she started to dance, it simply underlined why she has a reputation as being one of Africa’s most dynamic performers.” Songlines

Africa has a rich history of internationally acclaimed female voices and to this we can now add the voice of Dobet Gnahoré. Hailing from the Ivory Coast, singer, dancer and percussionist Dobet is set to release her fifth album ‘Miziki’ on 11 May.

Inspired by her travels around the world, ‘Miziki’, which translates as music, took four years to compose and pays homage to the two principal causes Dobet supports: a rich, generous and unified Africa and the strength of African women. Through her music and live performances Dobet has become a role model for a new generation of daring and determined African Women and here she shares a new and hitherto unsuspected side of her personality, possibly making this her boldest and most personal album to date. Although the album is almost entirely sung in Dobet’s native tongue, Bété, a tradition inherited from her master percussionist father, Boni Gnahoré, it also draws on her love of African and Western music, fusing a subtle blend of African and electronic sounds. With influences as far ranging as Björk, Christine and the Queens, Angélique Kidjo and Lokua Kanza, Dobet reveals a musical style that echoes her own character- one that is free and independent – and an album in which modernity feeds on tradition and heritage. ‘Miziki’ not only hones her musical style but with eleven of the twelve songs being Dobet originals, it also affirms her role as a composer for the first time.

Born in the Ivory Coast, Dobet Gnahoré spent time in the Abidjan-based Ki-Yi Mbock Company where she met French guitarist Colin Laroche de Féline, with whom she formed the duo, Ano Neko. Their self-titled album was released in 2003 on the Contre Jour label (long time home to Habib Koite and many others), followed by ‘Na Afriki’ (2007), ‘Djekpa La You’ (2010) and ‘Na Drê’ (2014). A highly charismatic live performer, Dobet sings in a range of African languages including Bété, Fon, Baoule, Lingala, Malinke, Mina and Bambara. With her powerful voice, intensely captivating stage presence and high-energy dance routines her live shows are incendiary.