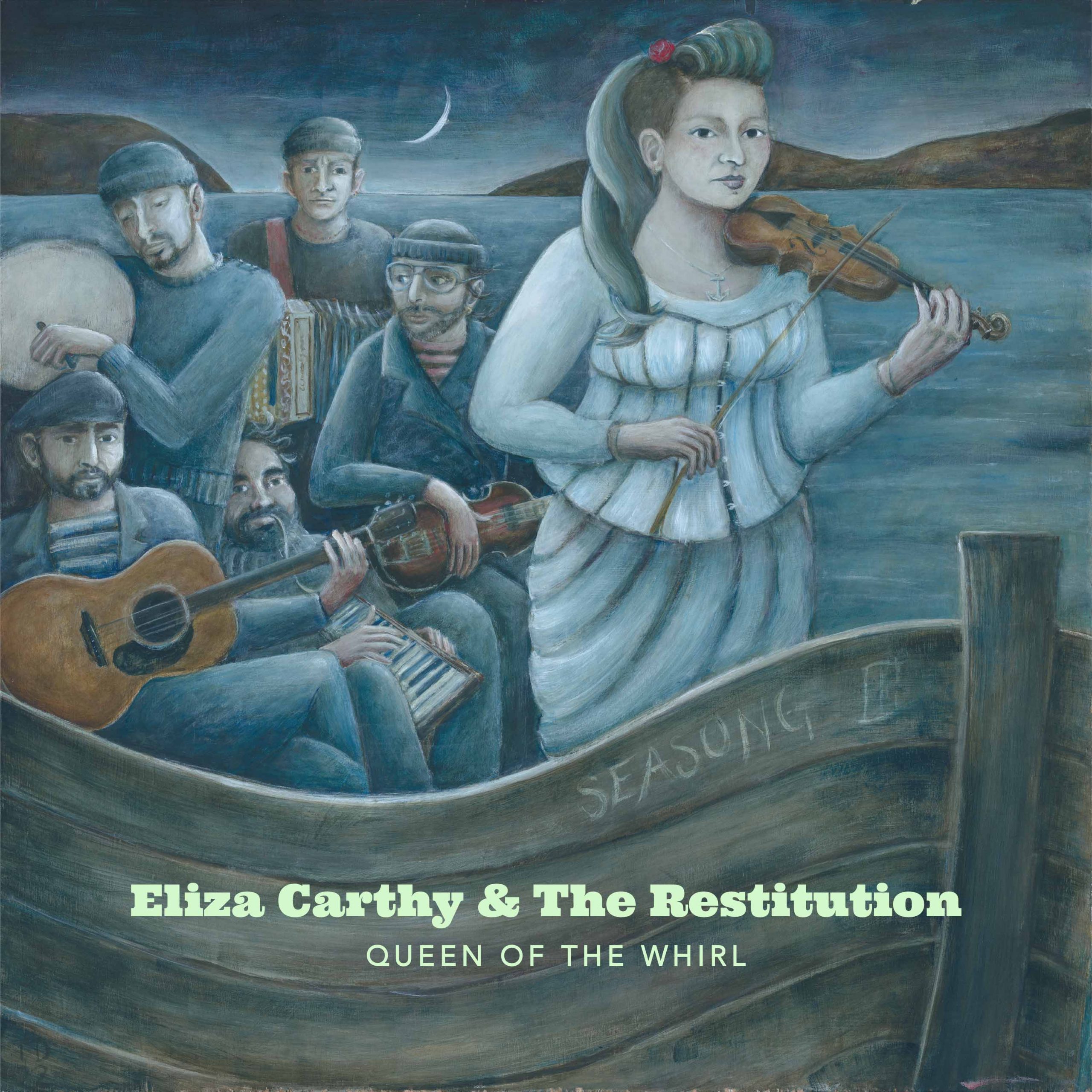 Album title: Queen of the Whirl

“It serves as a timely reminder that over the last three decades she has built a canon of work that spreads the gospel of English traditional music as proudly as anything by her illustrious parents, Norma Waterson and Martin Carthy.” Uncut

“...the sheer conviction of these new versions of golden oldies…demonstrates not only the enduring vivacity of her performance but a mischievous desire to mess with her own proud catalogue.” MOJO

“This is dramatic musical writing, brilliantly arranged and performed with an irresistible theatricality.” Songlines

Queen Of The Whirl is a celebration of thirty years of silliness and profundity; thirty years of music reimagined, from Billy Bragg to Peggy Seeger, from The Ratcatchers to Imagined Village, from bloody boots in Trafalgar Square to the moors of North Yorkshire, and everywhere in between.

This year, multi-award-winning Eliza Carthy MBE, celebrates 30 years as a professional musician with the release of ‘Queen of The Whirl’, an album of newly recorded versions of some of the most beloved songs from her career. It will be released as a standard CD and  Double 12” vinyl.  The album’s 15 tracks will be released across four EP’s before the final release date of November 11th.

The release will be supported by a UK tour in November and December 2022.

Over her thirty years as a professional musician, Eliza’s music has effortlessly crossed boundaries of genre and style. She has toured the world, danced with Hugh Masekela in Ghana; crossed the Prairies, the Alps and the waters of Lake Titicaca, all for the sake of playing the fiddle and spreading the word of English traditional music.

She has two Mercury Music Prize nominations, several BBC Folk Awards, an MBE as well as innumerable other accolades. She has worked with Shakespearian director Barry Rutter, composing music for two of his productions and can also count Kae Tempest, Paul Weller, Nancy Kerr and Billy Bragg in her diverse roster of collaborations. Choosing material from such an illustrious career was a challenging prospect so in true democratic fashion Eliza put it to the good people of Twitter (yes, there are some!) who came up with some surprises as well as obvious crowd pleasers. From earlier recordings such as 1997’s Eliza Carthy & The Kings of Calicutt through to 2013’s Wayward Daughter, Queen of The Whirl reimagines the best and most popular songs from throughout her career.

Recorded with her trusty band, The Restitution, these new versions include favourites from her break-though Mercury Music Prize nominated album Red Rice (1998): ‘The Snow it Melts the Soonest,’ ‘Stumbling On’ and ‘Accordion Song.’ Winner of the 2003 Best Album at BBC Radio 2 Folk Awards (and also Mercury nominated), Anglicana was born out of Topic Records’ ‘Voice Of the People’ series and from that is ‘Pretty Ploughboy’ the track which became the album’s centrepiece. ‘In London So Fair,’ also from the album, is also featured. The earliest songs included come from the album Eliza Carthy & The Kings of Calicutt – ‘Whirly Whorl’ and ‘Good Morning, Mr Walker.’ The later is a tribute to Eliza’s mother, the late, great Norma Waterson, and Slinger Francisco, also known as The Mighty Sparrow, who wrote and recorded Good Morning, Mr Walker in 1968.  This new version of Good Morning, Mr Walker is the only track in the collection to feature guests, known collectively as The Sweet Rosemarys, who include Jon Boden and John Spiers, Sheema Mukherjee, Rory MacLeod and the Mighty Sparrow’s bandleader himself, Lane Steinberg.

Listening to these new recordings, no matter how familiar the tracks, is to hear the music afresh. Eliza has never been an artist to stand still; rather, she’s been at the forefront of the music scene pushing her way forward – often in the most unconventional way. Queen of The Whirl shows us that her love of traditional music and new ideas is as strong as ever and as she puts it, the whirl keeps going.