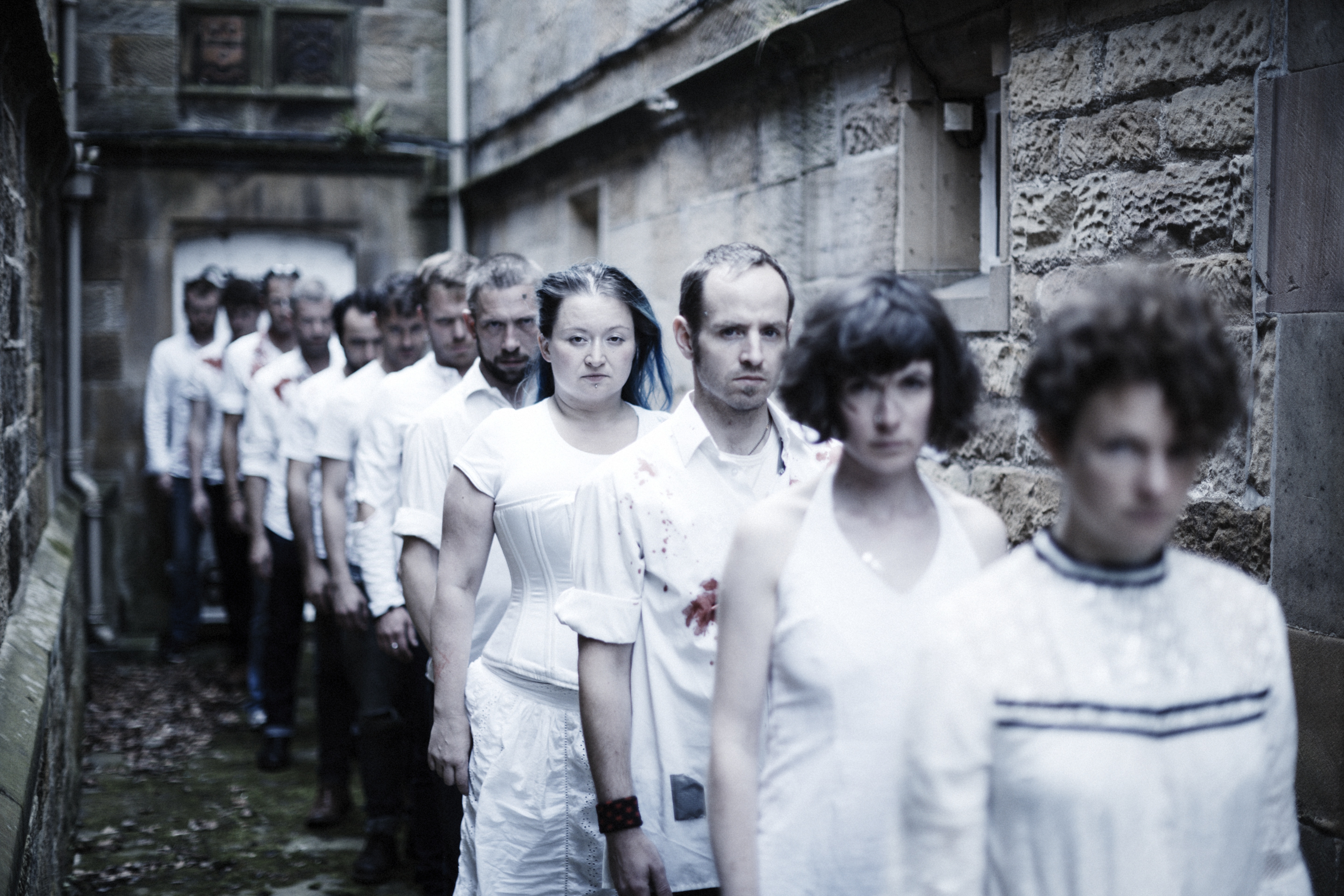 Pioneering English traditional folk powerhouse, Eliza Carthy, first assembled the Wayward Band in 2013 in order to explore and celebrate her long and varied career in folk music, ‘the last truly underground music scene’. To do this Eliza put together a team of hugely talented musicians from across the UK and together they hit the road to promote her ‘Best Of’ compilation, ‘Wayward Daughter’ (Topic Records), which coincided with a biography of the same name. Eliza and the Wayward Band loved playing together so much – as well as becoming a festival favourite – that it seemed natural and inevitable, as well as characteristically ambitious, that this 12-piece would set about recording an album. The result is ‘Big Machine‘, recorded at the renowned Real World and Rockfield Studios and produced by the multi-talented Jim Sutherland. The Wayward Band line-up is a veritable dream team of musicians comprising Sam Sweeney (Bellowhead), David Delarre (Mawkin), Barn Stradling (Blowzabella), Saul Rose, Beth Porter, Lucy Farrell (Emily Portman Trio), Will Molleson, Andrew Waite (Tyde), Laurence Hunt, Nick Malcolm and Adrien ‘Yen-Yen’ Toulouse. ‘Big Machine’ – their debut album – will be released by Topic Records on 3rd February 2017.

The material on ‘Big Machine’ represents a healthy slice of everything good that is happening in traditional music now, across a sparkling spectrum of sound. The album features three contemporary songs; Eliza’s own “You Know Me” about the refugee crisis and notions of hospitality (featuring MC Dizraeli), a powerful cover of Ewan Maccoll’s Radio Ballad “The Fitter’s Song” (at the behest of Peggy Seeger – and the song which inspired the album title) and an affectionate reworking of “Hug You Like a Mountain” (Rory MacLeod), re-imagined here as a duet with Teddy Thompson.

There are also several examples of the Broadside ballad collections housed in Chetham’s Library in Manchester given a new twist with music by Eliza and the band. This follows a programme Eliza presented for BBC Radio 4 about the Manchester Ballads, covering everything from songs about and caused by domestic abuse (“Devil in the Woman”, the sumptuous and searing “Fade and Fall (Love Not)”, to the seafaring life in “The Sea”. Added to that a couple of brilliantly constructed instrumentals, a song about dying from custard poisoning and a heartbreaking traditional ballad “I Wish that the Wars were all Over” (performed live with the band onstage in Real World Studios’ Studio One and featuring Irish superstar Damien Dempsey), and you begin to get the picture. A very big picture, a Big Machine firing on all cylinders.

‘Big Machine’ is certainly one of Eliza Carthy’s most adventurous and accomplished works to date – and given that Eliza is the most passionate and groundbreaking English traditional singer of her generation, ‘Big Machine’ is an album you really won’t want to miss.