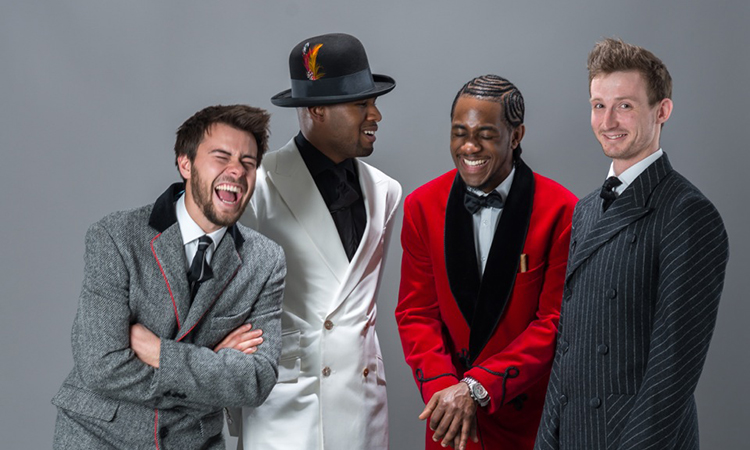 “…there’s freshness to Empirical’s distinctive sound that is edifying.” MOJO

“…Empirical’s skill and ingenuity keep on growing.” The Guardian

The Guardian once commented that “Empirical have become fascinating and fearless” and their fourth album Tabula Rasa (2013) was, again, evidence that this is still very much the case. Never a band to shy away from taking risks, Tabula Rasa marked yet another new direction from the band once dubbed by the Daily Telegraph as “the coolest of Britain’s young jazz bands” and who are now considered one of the UK’s most highly acclaimed jazz outfits.

Those familiar with Empirical’s music will know that experimentation and observation have always been key. Their last album, Tabula Rasa was an anthology of sorts, with each track being a story or character in its own right. Bellsonian Scales depicted an alter ego, outgoing and slightly mad whereas Scoffie was an aspect of a character, cheeky, fun and humorous. Real life characters the band members had encountered also featured; One For ‘Bones’ Jones’ was inspired by a martial artist from the UFC. A biblical story formed the basis for A Simple Light and was about finding beauty in simplicity, whilst Ascent and Descent described the spiritual journey either up to a better place, or down to a worse place. Although there was no voice to guide the listener, there was a cinematic quality to the tracks, which though complex and rich, lead us effortlessly through an entire double album of original music.

Ask who their influences are and the band are reluctant to be drawn on the subject – and rightly so. With their ethos of ‘Gathering Knowledge through experiment and observation’ their work is a reflection of the times, where music of almost any genre is readily available to anyone, so the crucial idea is to keep looking forward.