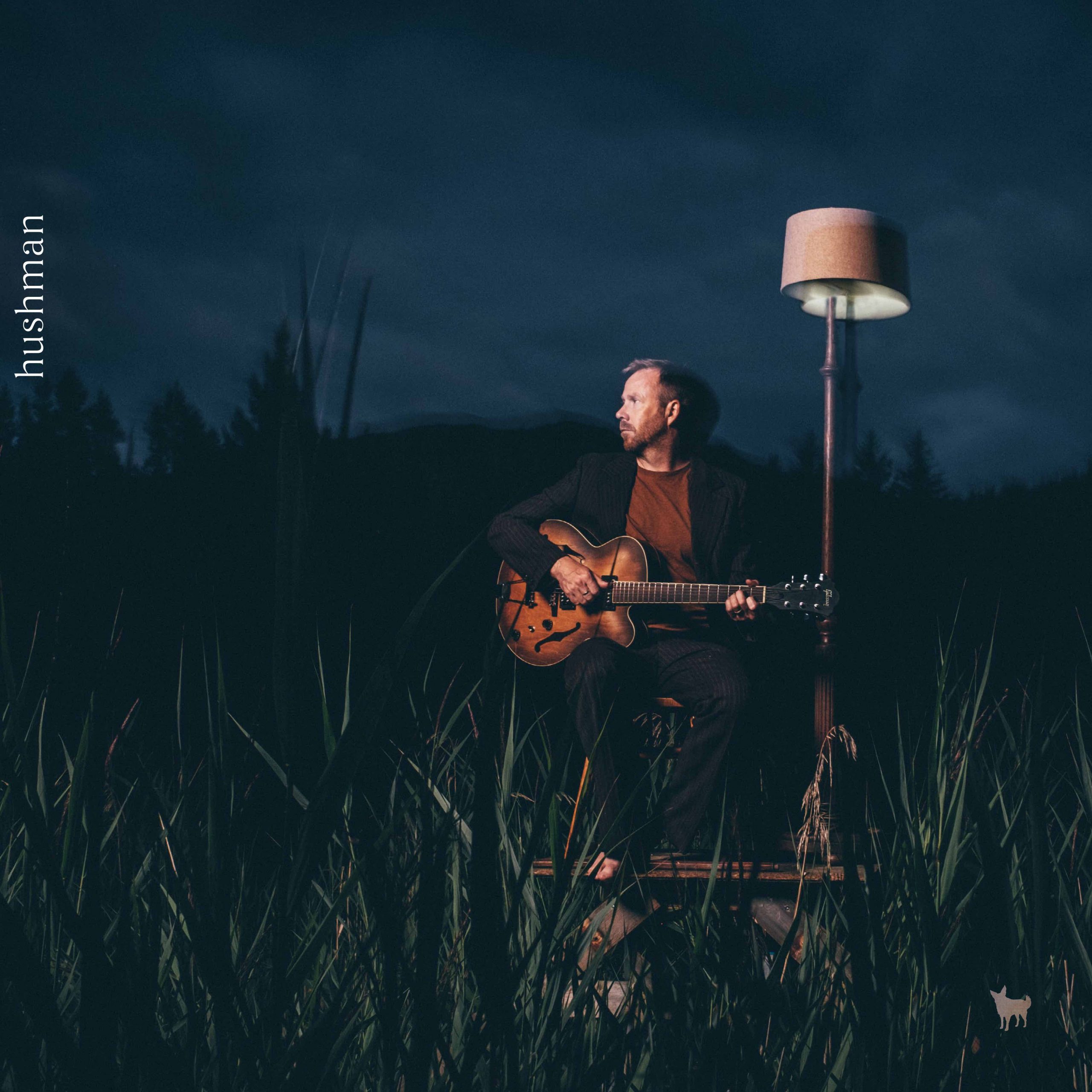 “His songs are poetic and layered; his voice plaintive and from the heart.” fRoots

“His album closer, Union Of Crows, has the nimble and deceptive simplicity of early Vashti Bunyan.” Folk Radio

Hushman is the new project from renowned folk musician, singer & songwriter Ewan MacPherson.  Although he has family ties to Scotland, Ireland and Wales, Ewan is originally from Liverpool where he graduated from the Paul McCartney-founded Liverpool Institute of the Performing Arts.  He located to Edinburgh in 1999 where he is now a recongised figure on the vibrant Scottish music scene, performing and writing with Scottish Indie folk band Salt House & Scottish Acid folk legends, Shooglenifty, amongst others.

Hushman is the self-titled debut, released on Hudson Records on 18 November. The next single taken from the album is ‘Freshwater Salt’ which achingly describes the feeling of disempowerment many currently feel at the same time speaking of strength in the community and hope.

The exquisitely crafted songs on ‘Hushman’ are imbued with the sparse backdrop of the Scottish Highlands; the thin walls of the cabin where they were recorded, the lashing rain and howling gales captured beautifully in a set of rich, introspective, indie-folk songs.  Likened to Ben Howard, John Martyn and Nick Drake, MacPherson’s songwriting is honest and reflective with his earthy, delicate voice underpinning his eight self-penned songs and arrangements of two traditional songs (‘Duke Henrik’ and ‘Beltane’).

Hushman is accompanied by a series of films made in the small halls of the Highlands of Scotland. You can watch the videos here: