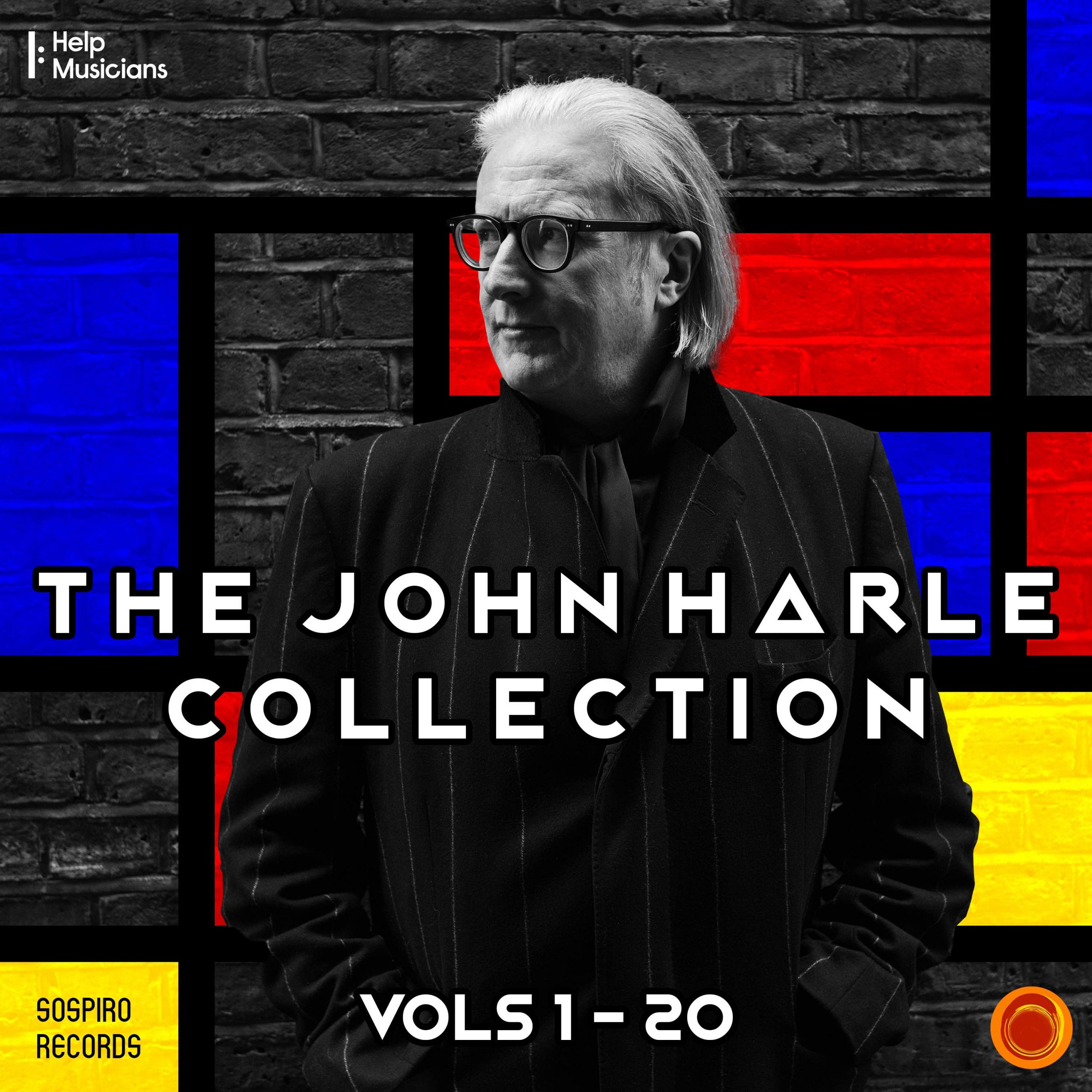 The Coronavirus lockdown has been a challenging time for many artists.  Most have learned to embrace new technology and profess to have made use of their time creatively.  However, few can make claim to producing an astonishing twenty-album collection in just 5 months, but composer, saxophonist, record producer and educator John Harle, did just that.

John Harle needs no introduction. With such a jaw-droppingly prolific biography it’s almost easier to say what he hasn’t done, than what he has. He’s released so many albums that he’s lost count (well over 80) and has written music covering a gamut of genres including opera, modern jazz, saxophone concertos, film scores, classical music and even lounge. He’s been musical director and producer for a raft of big names including Elvis Costello, Marc Almond, Herbie Hancock and Sir Harrison Birtwistle,and was artistic advisor and producer to Sir Paul McCartney for six years. He’s also responsible for the theme to BBC1’s Silent Witness, which is still being used after 20 years.

The John Harle Collection is a 20-volume set of music that straddles his illustrious career from 1977 – 2016 spanning multiple musical disciplines – as both player and composer – in classical, jazz and pop with an array of collaborators.  The collection has been tirelessly curated by Harle himself.  It is deeply personal and has become what he refers to as something of a “sonic autobiography”.

Since the beginning of his career, Harle has collected recordings of all his live and studio performances. So, sifting through hundreds of recordings on multitrack analogue tape, 1/4-inch analogue  – even cassette – alongside digital formats such as DAT, DA8 and old WAVs, to compile a 20 CD collection proved a monumental challenge, but one that he’s risen to with gusto. Most, but not all, of the material is unreleased; some new, some vintage, some studio, some live – a sort of ‘alternative discography’. As Harle explains, “Abandoned strands of music are actually the most autobiographical for most musicians – pieces or demos left unfinished that leave traces of ideas and themes that occupy us for a lifetime, and reappear in successful work when the time is right. “

There is nothing random about these choices; each volume has been carefully curated to take the listener on a cohesive musical journey.  Each album could potentially draw on recordings taken from across Harle’s entire works from different periods and different musical settings. For example, Harle has been a prolific composer of film scores throughout his career and Vol. 14 – Silent Witness and Music for Film is a collection of his work from avant-garde silent movies of the 1920’s to Killing Eve while a new version of his Silent Witness theme – an electronic reworking by his son, also a musician, Danny L. Harle – reappears on a different volume.

Elsewhere in the collection we find never before released collaborations with Elvis Costello and albums that concentrate on premiere performances of classical works; Harle’s saxophone quartets; his relationship with jazz; Harle’s concertos and The Berliner Band, which preceded The John Harle Band. There are also collaborations with Will Gregory (Goldfrapp) and Adrian Utley (Portishead). This is just a small selection of what’s on offer in this glorious 20 CD collection and there is so much more to enjoy, from Harle’s work with Richard Rodney Bennett, his forays into forgotten musics, his orchestral and chamber music – there’s even a volume of his lounge music!

All proceeds from The John Harle Collection will go to the Help Musicians Coronavirus Financial Hardship Fund, a charitable fund created to help musicians with the financial pressures they may face as a result of COVID-19. Harle is acutely aware that composers are able to generate income in most situations; yet, this is not the case for solely performing musicians

By compiling this collection during lockdown, Harle found a good place for his usual energy for work and used the results to generate income for the charity.

“To feel that I’m doing this work in aid of something current and urgent not only gave me the energy to undertake the patient, slow work needed to make sense of a lifetime of music,” he says, “but gave me the confidence to be bolder than I would have been if I’d been releasing these albums ‘for profit’.  Things that I may have left out of the collection are here, warts and all!”