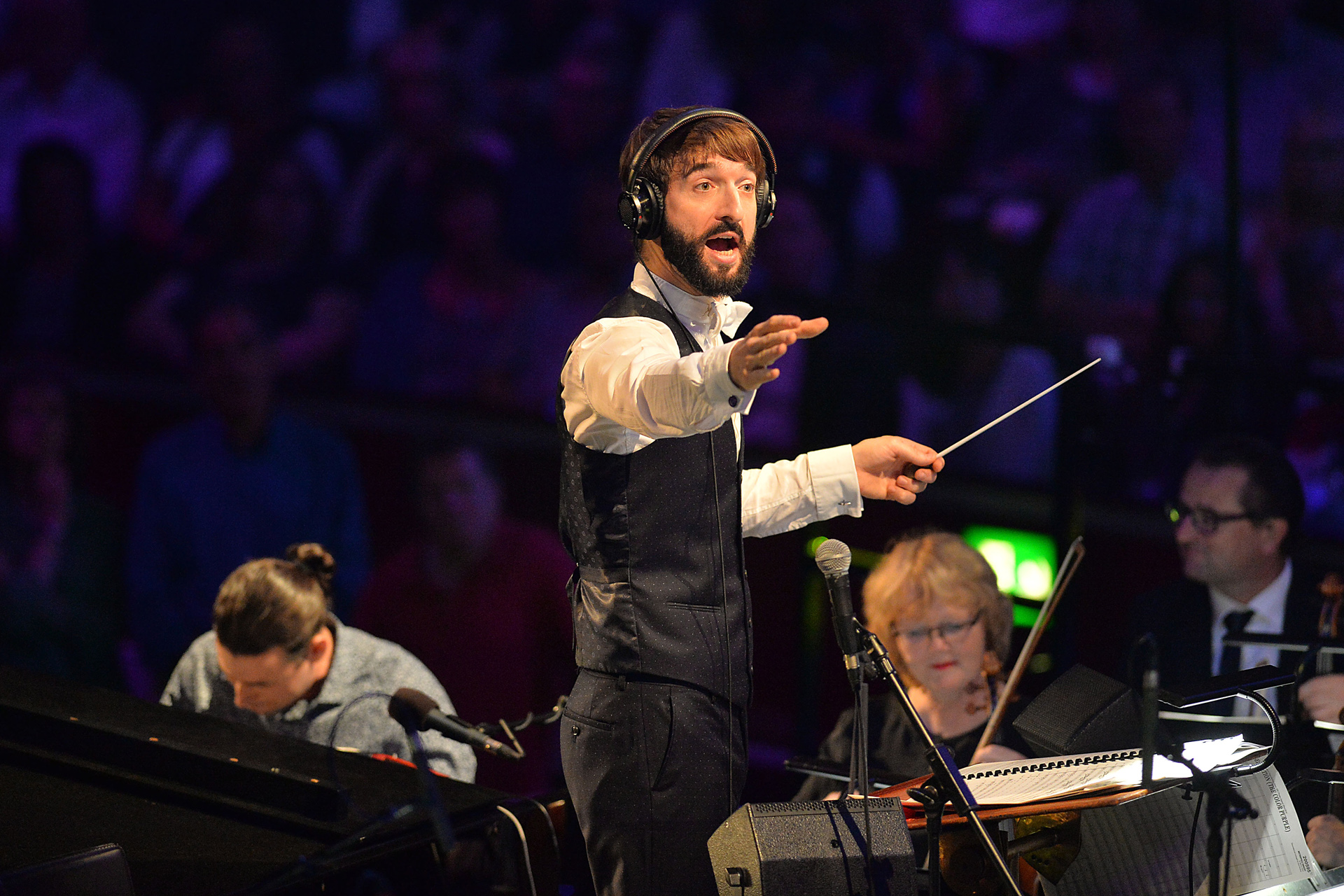 Having made a guest appearance at the Quincy Jones Prom in 2016, British singer, arranger, composer, producer, and multi-instrumentalist, Jacob Collier once again teams up with Buckley and his Metropole Orkest in a special collaboration for the Proms, featuring a host of new tracks and a cast of very special guests.

Buckley’s pioneering genre alchemy has brought him widespread acclaim and his proms track record continues to surpass itself.  Following his previous 12 BBC Proms – including the game-changing Ibiza Prom, a Grime prom as well as Proms with Quincy Jones and Kamasi Washington amongst others –  Jules has assembled a stellar and diverse line-up of artists for his two 2018 Proms, the first of which is  ‘Jacob Collier and Friends’.

Described as a ‘one man musical phenomenon’, the now double- Grammy winner started in his  bedroom as a viral YouTube sensation in 2012 attracting a worldwide following and Quincy Jones as his manager.  Collier’s style fuses elements of jazz, acapella, groove, folk, electronica, classical music, gospel,sould and improvisation, and often features extreme use of ‘re-harmonisation’.

“Jules is one of my favourite human beings on the planet” says Jacob Collier. “Not only does he have the mastery, precision and sublime understanding of musical colour to bring the craziest musical experiences to life, but he also has an immense youthful energy and cracking sense of humour that makes us all love working with him so much. He’s a one-of-a-kind musician and a friend for life. I’m so excited and honoured to bring some wonderful new music to the BBC Proms alongside him.”

When asked why he chose to collaborate with Jacob Collier, Buckley quite simply said, “He was the obvious choice.  Not only where he is in his career right now, and the awesome reaction he received at the Quincy Prom, but he’s just an incredible musician and it’s been an honour to work with him, both on record and for this very special Prom.”

Joining Collier and Buckley is a special hand-picked selection of guests.

Hamid El Kasri is one of the most sought-after maalems – master musicians – of the Moroccan gnawa tradition.  Mixing the rhythms of both the north and the south of the country, he plays the guembri, a three-stringed bass lute, while his deep, intensely passionate vocals widens the emotional palette even further.

Also guesting is the multi-Grammy award-winning vocal a cappella group, Take 6.  Drawing on gospel, doo wop and sophisticated jazz-influenced singing groups of mid-century America, they have toured the globe and have appeared with Quincy Jones who calls them the “baddest vocal cats on the planet!’

Brooklyn-based singer/composer/multi-instrumentalist Becca Stevens draws upon elements of pop, indie-rock, jazz, and traditional Appalachian folk.  She has been hailed for her unique ability to craft exquisite songs – intricate instrumentation and rhythms seamlessly intertwine with vocals and melodies that draw you in and stay with you.

Also guesting with Collier is US folk artist Sam Amidon.  Like Buckley and Collier, he is acclaimed for his renegade sound, twisting traditional music, combining it with jazz, chamber orchestra and simple, heartfelt pop.  He plays fiddle, banjo and guitar, accompanied by his emotional beseeching voice.

Broadcast live on BBC Radio 3 and on BBC Four on 20th July.

Jules is one of the most in demand and innovative conductors and orchestral arrangers around today, heading up two orchestras Heritage Orchestra and Metropole Orkest (with whom he won a Grammy Award for ‘Sylva’, their collaboration with Snarky Puppy). With credits on a staggering 70 albums with some of the most credible artists in music, from Michael Kiwanuka, Massive Attack, Henrik Schwarz, Gregory Porter, Arctic Monkeys, Basement Jaxx, Laura Mvula, Snarky Puppy, Tori Amos, Patrick Watson, Fink, Jose James, Markus Stockhausen, Emeli Sandé, Tim Minchin, Caro Emerald, Cinematic Orchestra, Professor Green, Razorlight, Jazzanova, Anna Calvi to Jonathan Jeremiah. As well as collaborating live with artists like Benjamin Clementine, John Cale, Chilly Gonzalez, Kurt Elling, Anoushka Shankar and some of the most credible artists in the UK grime scene such as Skepta, Wretch 32, Stormzy, Little Simz, Lethal Bizzle and Lady Leshurr.

Across the industry, Jules has established an unparalleled reputation as the ‘go to’ for innovative orchestral projects. In collaboration with iconic DJ and broadcaster Pete Tong and Heritage Orchestra, Jules achieved international success with the Ibiza Classics series of global concerts and two ‘’Classic House” albums that reached No. 1 and No. 7 respectively.