Kings of the South Seas 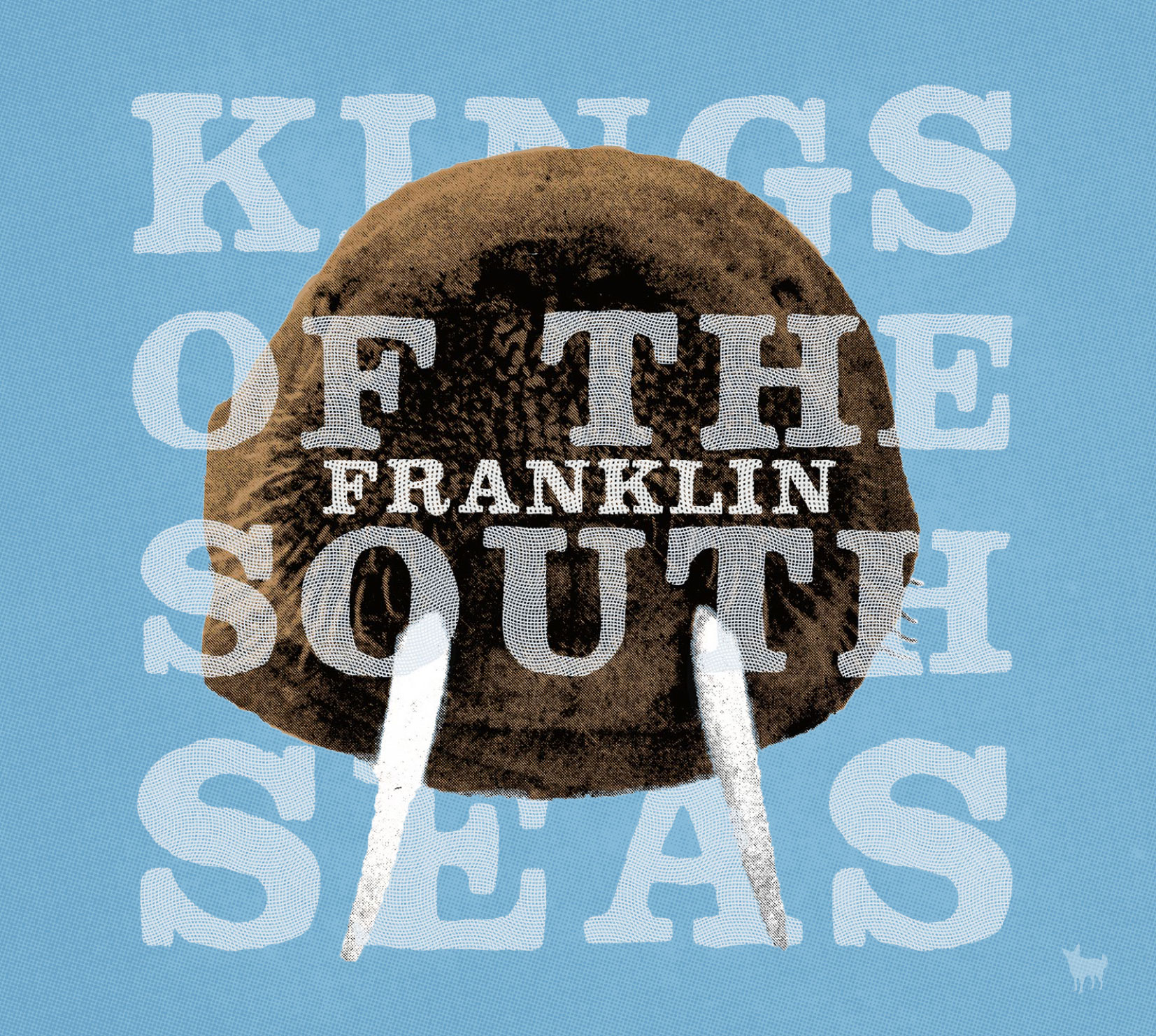 “…dark, driven and turbulent” – The Independent

Inspired by the ill-fated British expeditions of the 19th Century – including that of Sir John Franklin in 1845 – Franklin is a collection of richly atmospheric songs. From Canadian Voyageur paddling songs, English folk ballads and Victorian parlour songs, this collection also includes material which was composed onboard ice-bound ships. The conditions experienced by sailors were unimaginably harsh and many lives were lost, including Sir Franklin, whose body was never recovered. The cultural fallout of these failed expeditions back home was considerable and Franklin vividly brings to life the traditional and written music left in their wake.

Kings of the South Seas once again bring their singular and brooding sound to a fascinating period in history, with atmospheric guitar, drums and bass vocals helping to drive this material firmly into the twenty-first century. The album was recorded in St Andrews Mission Church in Gravesend, under the glow of stained glass windows dedicated by Lady Franklin to the sailors who lost their lives on her husband’s last voyage.

Franklin opens with Reason’s Voyage, from a book of Canadian Airs, collected during an overland expedition to find the NW Passage under Captain Franklin 1823, followed by Death of a Gull, featuring lyrics that appeared in The North Georgia Gazette of 1821, a newspaper, printed on board ship. Printing presses were taken along to help entertain the sailors during the long icebound winter months and also to print balloon messages to be sent in the hope of reaching Franklin. Song of the Sledge is based on an 1851 song sheet printed on board the Resolute during the search for the Franklin Expedition. Dying Brother was found in many songbooks with different musical settings, this version collected from Mrs. Isaac Mercer in Newfoundland in 1929 is based on a poem first printed as part of a Temperance Pledge in 1850. Voyageurs were employed by the fur trade to transport trade goods and furs throughout the interconnecting lakes and rivers of Canada and were famed for their singing and Alouette is a French-Canadian voyageurs song. The Reindeer and the Ox is an ode to survival in the icy wastes, adapted from Canadian Airs, while From Greenland’s Icy Mountains is a missionary hymn from 1821, highlighting the arrogance and connection between religion and colonialism in the far reaches of the world. After the disappearance of her husband, Lady Jane Franklin sponsored several expeditions to discover his fate and worked hard to keep the search going for decades and Lady Franklin hails from a broadside from the 1850s.