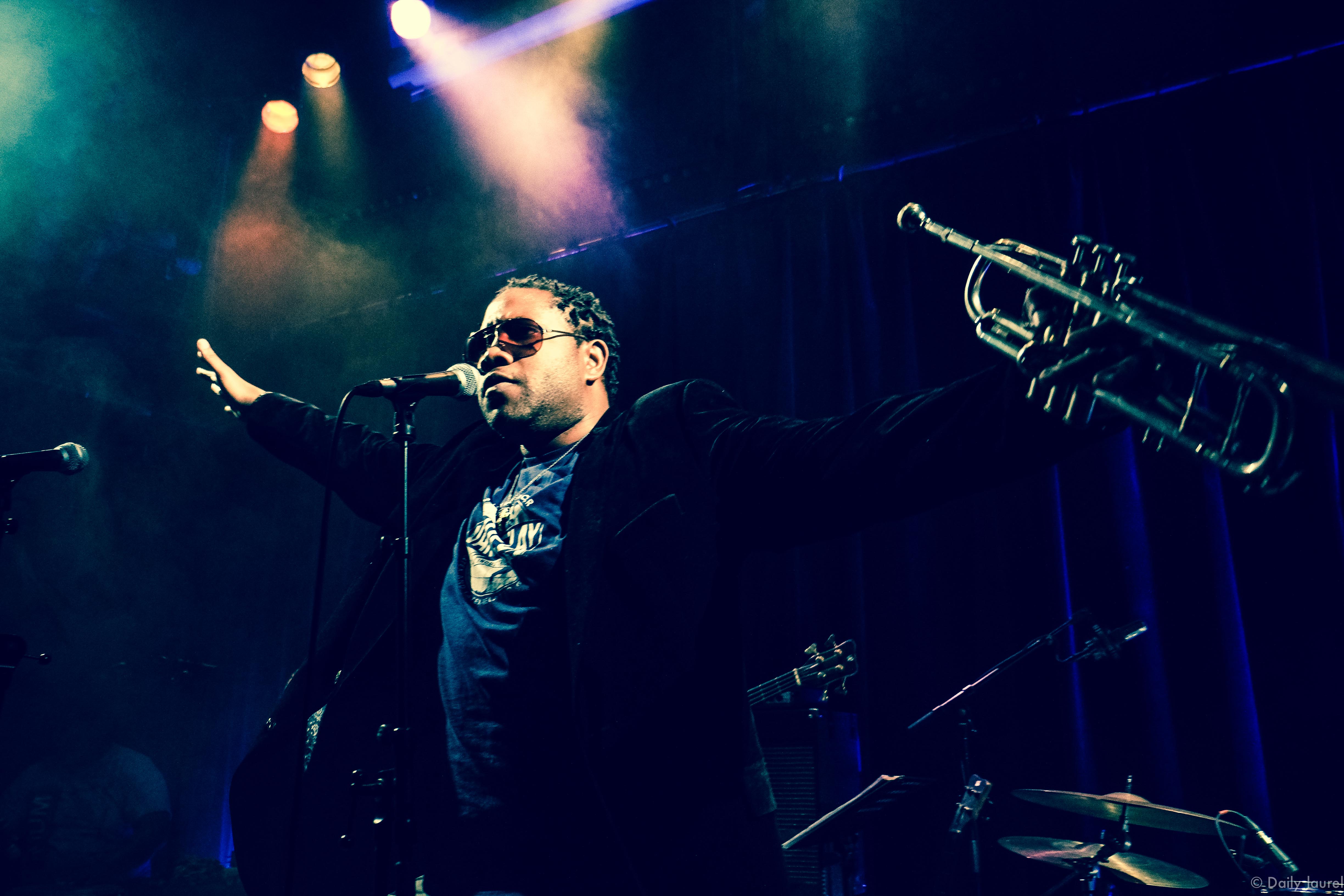 Leron Thomas is big underground. A cursory glance at his press page pays testament to how highly regarded the Texan-born New York -residing trumpeter, composer vocalist and lyricist is amongst tastemakers. Having made his mark with contributions to a host of highly acclaimed projects – Bilal, Jason Moran, Guts, Meshell Ndegeocello and of course the stunning vocal on Zara McFarlane’s ‘Angie La La’- he’s rated as much for his trumpet and vocal prowess as for his true artistic independence. Yet it would it be wrong to put him in the jazz/soul/funk box and firmly close the lid.   Far from it. Leron Thomas’s own music is a dazzling concoction of musical styles; random, raw and experimental.

Cliquish is the new recording from Leron Thomas and a fine demonstration of just how unclassifiable this great talent is. Here, funky soul and driving bass lines meet with hard inde rock riffs and electro pop sci-fi weirdness. Put simply, this is alternative black music that sounds like no other.

When Thomas puts down his trumpet to take the mic, he offers boldness and versatility. Whether delivering a leading melody or a discreet vocal line behind a groove, his distinctive voice is always surprising. Tracks such as Role Play (featuring Bilal) a space-funk burner with a pumping bass line alongside the electro pop Don’t You Know with its feel- good melody and futuristic vibe brings to mind Sa-Ra, George Clinton and Outkast. Elsewhere heavy guitar riffs and synths make for a tense mood. With its layers of sound, deep musicality and lyrics laced with poignancy and humour, Cliquish is an album that makes you want to listen.