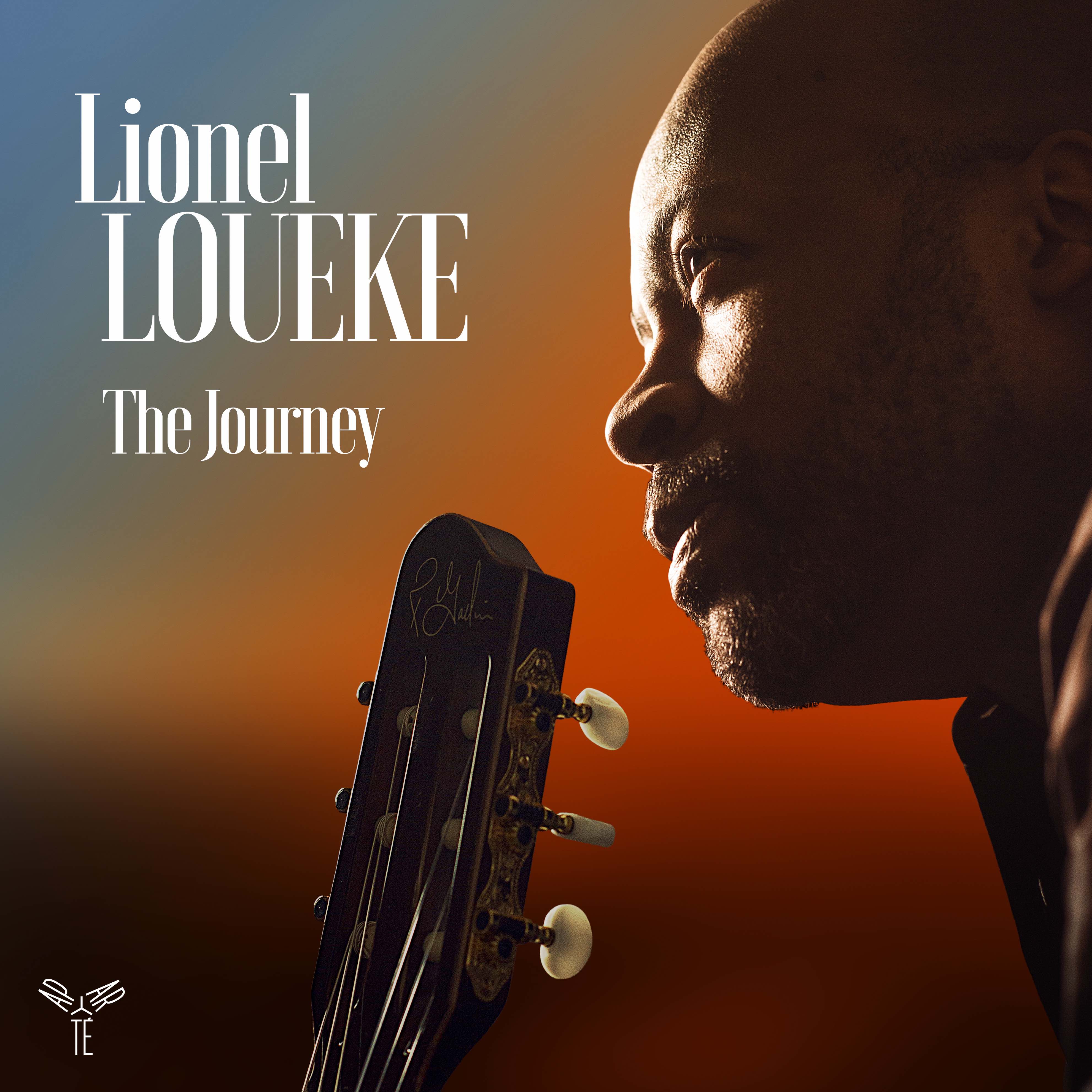 “I’ve never heard any guitar player play anything close to what I was hearing from him.”Herbie Hancock

“Loueke is a true original…”DownBeat

The extraordinarily gifted Benin-born singer and guitarist, Lionel Louekeexplores his rare musical vision and stunning virtuosity on his most personal album to date, whose essence is perfectly captured by its title: The Journey.

“Although there is a powerful element of jazz in all my music,” Loueke says, “I wanted the rhythmic foundation for this very special album to be deeply rooted in African rhythms and instruments. My improvisation owes so much to the great jazz musicians of the past and the present, but the foundation of my pulsation comes from my birthplace.”

The Journeyis Loueke’s first release on French label Apartéand features an impressive role call of names including bassist Pino Palladino, Patrick Messina(solo clarinet of the Orchestre National de France), cellist Vincent Ségal, violinist Mark Feldmanand Brazilian master of percussion Cyro Baptista. Add to this the name of Grammy-winning producer Robert Sadin(Herbie Hancock’s Gershwin’s World, Wayne Shorter’s Alegria, Sting’s If on a Winter’s Night), someone Loueke considers a genius, and you have The Journey, a superb expression of the human spirit that Loueke calls “the clearest reflection of the musical atmosphere that I carry within me every day.”

The Journeybrings together the wide range of influences that shape Loueke’s distinctive musical personality. His trademark nylon guitar seamlessly blends jazz with traditional African and modern Brazilian sounds but we also hear the range of his electric guitar, from the delays and distortions of Dark Lighteningto the orchestral sustained sounds of Hope. On Guira, his guitar imitates the sound of a kora through the use of harmonics that increase and transform its tone, the guira becoming Loueke’s imaginary instrument, a dream of a unique blend of sounds.

All 15 tracks that make up The Journeyare original compositions and embrace the rich vocal harmonies, clicking sounds, lyrical melodies and brilliant vocal improvisations that have helped gain Loueke the reputation he has today. Rhythmically, the vitality and vibrancy of West Africa are the sounds that underpin everything and for this Loueke turned to his old friend Christi Joza Orisha, who he grew up with in Benin. For the Brazilian element – the colour and flights of imagination – he turned to Cyro Baptista, whose dramatic berimbau playing introduces the trackMolika. Bouryianis also unmistakably Brazilian with Loueke and Baptista joined by Pino Palladino.

Alternating between hopeful ballads such as Molikaand Kába, the comforting lullaby Vi Gninand irresistible dance-flavored tracks Gbê and Dark Lighting, The Journeysparkles with vitality and impeccable phrasing and sense of timing.Summing up the entire project Loueke says: “This wonderful adventure has brought together the talents of musicians from diverse and varied musical horizons: classical musicians, jazz musicians, performers of African and Brazilian music. This union of many musics is an extension of my musical universe – in which I am constantly seeking new combinations, new encounters. Finally, I am honored to be a part of one of today’s most prestigious labels. One that specializes in classical music but is also willing to open itself up to other musical worlds, and by doing so, breaks conventional barriers. This disc is a testament to that spirit, a Journey . . . taking us far beyond conventions.”