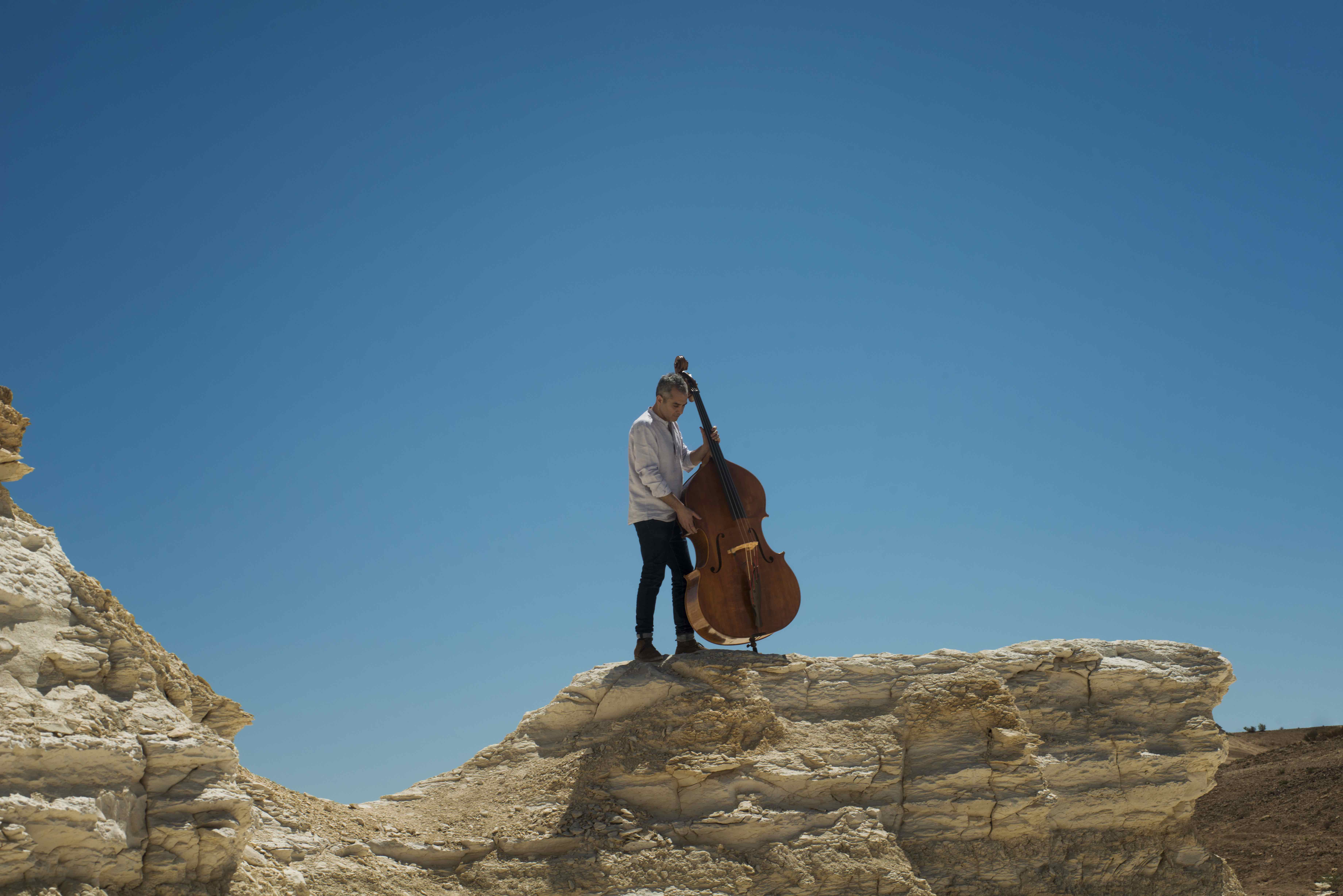 For Donin, ‘8 Songs’ marks a new start. Known for his virtuosic approach to electric and double bass and for pushing the limits of the instrument into unknown territory, he has become a highly sought after bass player. However, years of producing, touring and making music for other musicians has left little time for working on his own projects, something he has finally addressed in this accomplished debut.

Born in Israel to a Sephardic mother and Ashkenazi father created an interesting backdrop to Donin’s approach to music, one which he initially fought against, but which, combined with a love for song-writing, indie artists and heavy grooves, ultimately gave birth to his unique sound. With inspiration coming from artists such as Nina Simone, Nick Drake, Leonard Cohen, Eric Dolphy, King Crimson, Jim O’Rourke, Ali Farka Touré, Shostakovich, Umm Kulthum, Charles Mingus, Pixies and Napalm Death, not to mention Israeli musicians Yoni Rechter and Sasha Argov, it’s hardly surprising Donin’s music has an unusual depth and range of texture.

Freely admitting that he writes from a singer/ songwriter’s perspective, each of the nine tracks that make up this album is driven first and foremost by a strong melody. With the bass at the forefront, Donin directs the music from there, casting the five band members in a highly original and intriguing new light. Together they strike a perfect balance between composition and improvisation, drawing on influences from Donins’ musical background and inspirations.

The opening track, inspired by the view from Morocco across the Strait of Gibraltar to the Southern town of Tarifa in Spain, I Can See Tarifa, sets the scene for what is to come both musically and narratively. Donin’s bass leads us through a gently rippling piano, building towards the melody proper and driving sax riffs. Alma Sophia, named after his young daughter, is a beautiful melody that sees the band play as a bass/ piano /drum trio and was inspired in particular by Israeli composers Rechter and Argov. In contrast, Tel Aviv to Ramallah is a driving thunderous piece, reflecting on how the extreme change of landscape and culture, political and social issues, in one road can tell you a great deal about where someone is from. Elsewhere, and a personal favourite of Donin’s, Noam, Sea and Sand, slowly evolves showing the dynamic range of the band to great effect, while on FREE, Donin shows his solidarity with those who shout for equality; for the women who were, or are being, born into oppressed patriarchal societies and for those who suffer devastating conditions as minorities in homogenised societies. Despite its serious themes, this is a song of celebration and hope and features vocalist Ranjana Ghatak.

‘8 Songs’ is a perfectly crafted and elegant album – each song absolutely deserves to be there – and although Donin’s talent as a musician has never been in question, this album skillfully – not to mention, beautifully – shows us what a gifted composer he is too. If this marks the beginning of a new phase in his career then one can only imagine what other delights will follow.