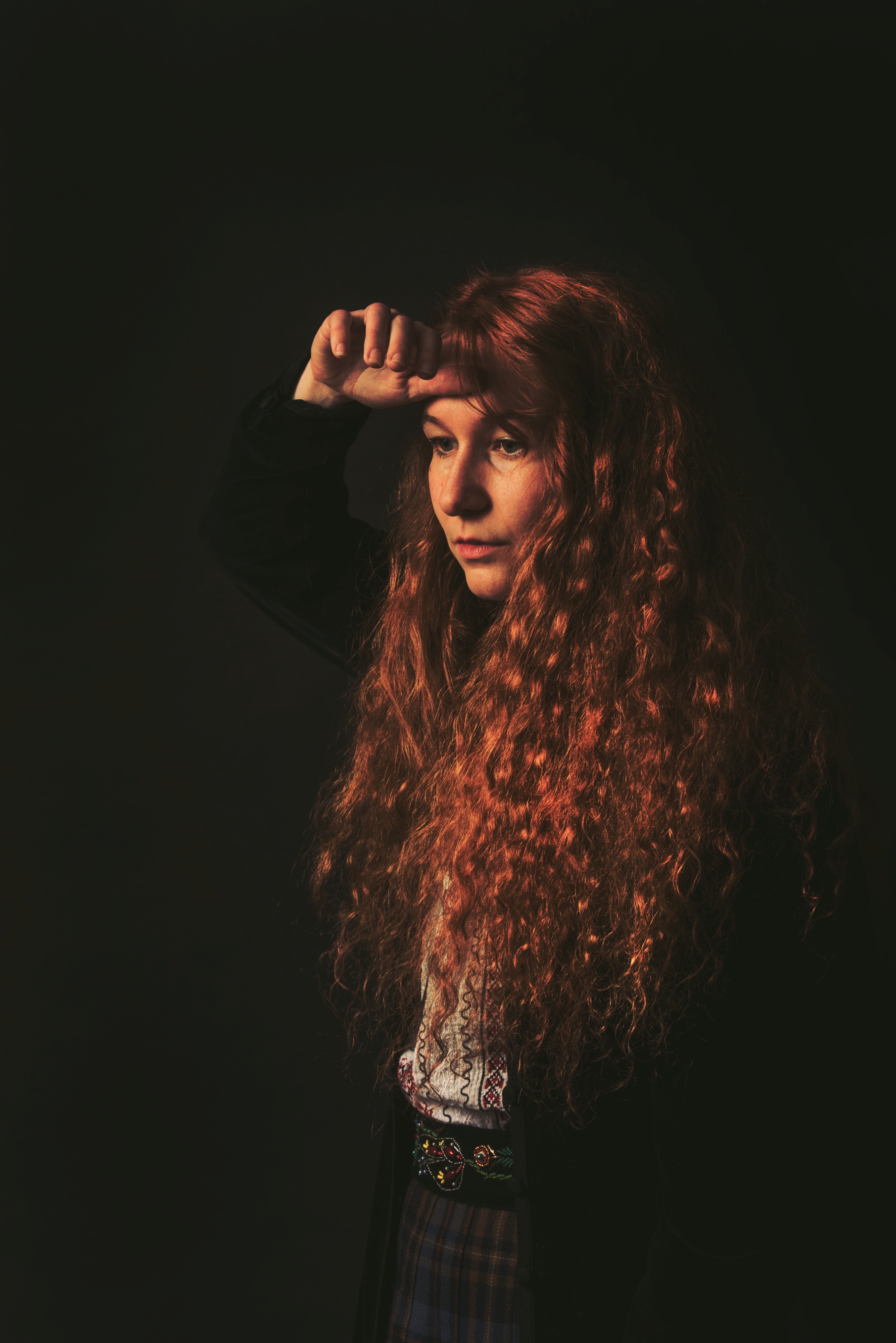 Something-in-movement is singer songwriter Lizabett Russo’s 3rdalbum, following on from her 2015 debut Running with the Wolves and 2016’s The Burning Mountain. One of the key things that marks out Romanian-born Russo (now based in Scotland) is her staggering vocal range; her voice seamlessly soars from the depths of the lower register to the higher, where it takes on the clarity of birdsong albeit with the edginess of a theremin. Merging her native Romanian traditions with elements of avant-garde folk and world music, Russo is impossible to pigeonhole, the range of influences effortlessly spanned by her powerfully versatile voice.

Something-in-movement is comprised of 9 original songs written by Russo and one traditional Romanian song, Danube Song. Russo plays classical guitar on all except Danube Song,where she switches to charango, and is accompanied by her superlative band made up of Graeme Stephen, electric guitar, loops/effects; Pete Harvey, cello; Tim Lane, tongue drum, percussion and Tim Vincent-Smith, violin. The songs are all deeply personal ranging from the haunting beauty of opener Ocean Frequency, which references her complicated relationship with her family, to the dramatic Penumbra, a medieval story with driving strings in which Romanian and Celtic influences happily merge. Russo has also spent time in Asia and on Deep, Dark Moonthe Japanese influence is especially apparent. On the traditional Danube Song– a song that her grandfather used to sing when he worked in the fields – things are stripped right back and we hear just Russo, accompanying herself on the charango.

Russo’s background underpins every track on Something-in-movement. Born into post-communist Romania, her journey hasn’t been easy. Originally from Brasov in Transylvania, the arts were given little support and music was seen as a hobby rather than a career, and her decision to pursue music has had a lasting impact on her relationship with her family. As an introverted 18 year-old who had never travelled outside her home country, moving to Scotland to study brought new challenges; she faced the problems of any immigrant and was dealt her fair share of racism, discrimination and misjudgments. This was a difficult time for the young Russo and seeking some kind of release, she bought a cheap guitar and began writing songs; the music swiftly became her only means of expression and on reflection, therapy. She then took a gap year in London to concentrate on her music but struggled to fit in. Broke and living for days on boiled potatoes, she began playing open mic sessions and it was here that she found her voice, something she remembers to this day, “I think something in me happened and I managed to find my true voice and style during those times.”

Russo’s first hand experience of society becoming more edgy, politics and religion progressively turning people against each other and where love and kindness are increasingly difficult to find is keenly reflected throughoutSomething-in-movement, particularly in the track TheHunter and the Prey, where she sings, ‘Hungry birds keep knocking at my window/ They ask for a soul in return for their gold.’All the songs in some way reflect Russo’s journey and are brim full with passion, beauty and emotion. Russo may well have found her true voice at those open mic sessions, but Something-in-movement is perhaps the truest representation yet of what she has to offer.