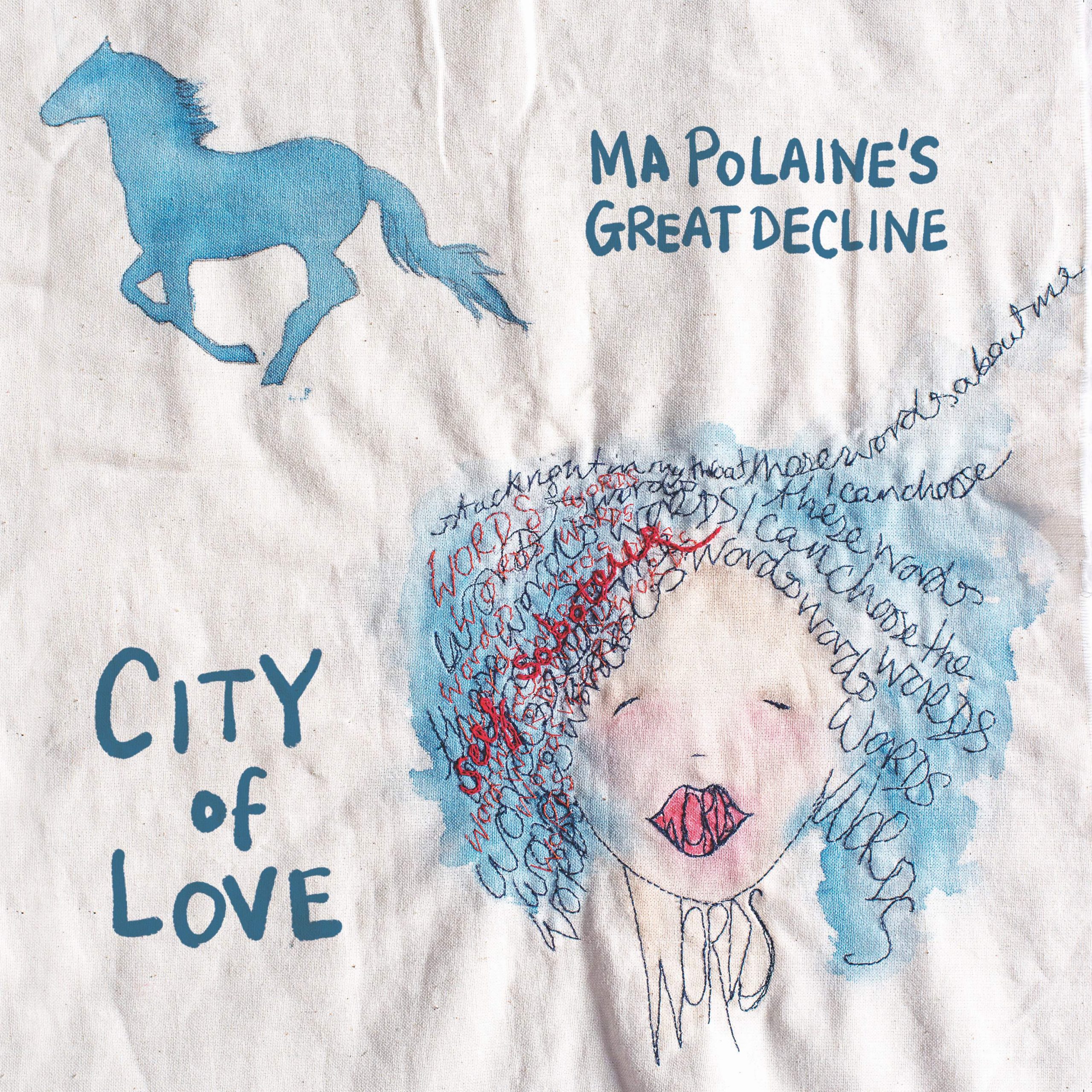 On 5 June Ma Polaine’s Great Decline release their third album City of Love following on from 2018’s The Outsider and 2015’s Got Me Out of Hell. At the creative heart of the band are Beth Packer and Clinton Hough who are joined on City of Love by drummer Pete Flood (Bellowhead, Oysterband) and bassist Martin Elliott (Michael Nyman Band). There will be a short tour in May, followed by a full UK tour in September, which will see them perform as a duo (see below for details).

Although they have been described variously over the years – with references to Billie Holiday, Tom Waits and a “moody Mary Margaret O’Hara” – Ma Polaine’s sound is very much their own. Beth’s effortlessly distinctive vocals and evocative lyrics, coupled with Clinton’s understated guitar, underpin each and every song and on City of Love we hear the character of Ma Polaine explored more deeply than ever before. Recorded at the duo’s home studio and mixed by the legendary John Gallen, the album took a great deal of patience and experimentation to complete to their satisfaction. Self-engineering the album turned out to be an exhilarating and, at times, frustrating process with some songs taking up to five versions to get right. The result was worth it; the Ma Polaine aesthetic burns brightly on City of Love’s eleven original tracks, which are every bit as compelling as you’d expect them to be.

Ma Polaine have always taken inspiration from the curious and the interesting and City of Love is no exception. The track Paris Is Burning was inspired by Dorian Corey, a trans woman and drag artist, who starred in a documentary of the same name. Following Corey’s death the mummified remains of a man were found in her closet (the exact circumstances of which have never been found out) and the band knew immediately that the story would become the basis of a song. The song isn’t about the body in the closet, rather, it’s a celebration of being able to express yourself in any way you choose and the freedom to be whoever you are. Similar themes are evident in The End of the Road, a song inspired by friendships within the LGBTQ community and the idea of ‘family’ being a broad church.   The lead track – and first single from the album – Morphine is brilliantly described by the band as “What Lucy in the Sky with Diamonds was for LSD, this one is for childbirth” and has already racked up airplay on 6 Music and Cerys Matthew’s Radio 2 Blues Show. Political themes are also explored; although Ghost Ship was written while staying on a lighthouse – and the lyrics move through nautical themes – the song is actually about the rise of right-wing politics and hate, while We Won’t Let It Be is inspired by – and also a thank-you to – the #metoo movement and the brave women who have spoken out. Although the album closes with a love song, Carnaby Street, no Ma Polaine album would be complete without a song concerning the perils of hedonism and drunk fisherman; queue the beguiling and jaunty The Wreck.

Beth Packer and Clinton Hough met in 2010 when Clinton joined Beth’s soul band. They began writing together but soon realised that the Soho dance floors where they were playing weren’t the right place for the material they were creating and so Ma Polaine’s Great Decline was born. Since then they have self-released three EPs and two albums, been through several line-ups and successfully toured the UK building a loyal fan base. On tour they perform as a duo, their live shows an exposed version of their recordings. In 2015 they were nominated as an emerging artist in the British Blues Awards for the album Got Me Out Of Hell, also winning a Reveal Records emerging act competition and earning an international song-writing semi-final spot for Suffer It Well from the 2013 EP of the same name.

Watch the video for the single Morphine here: https://youtu.be/9G864ELwK00