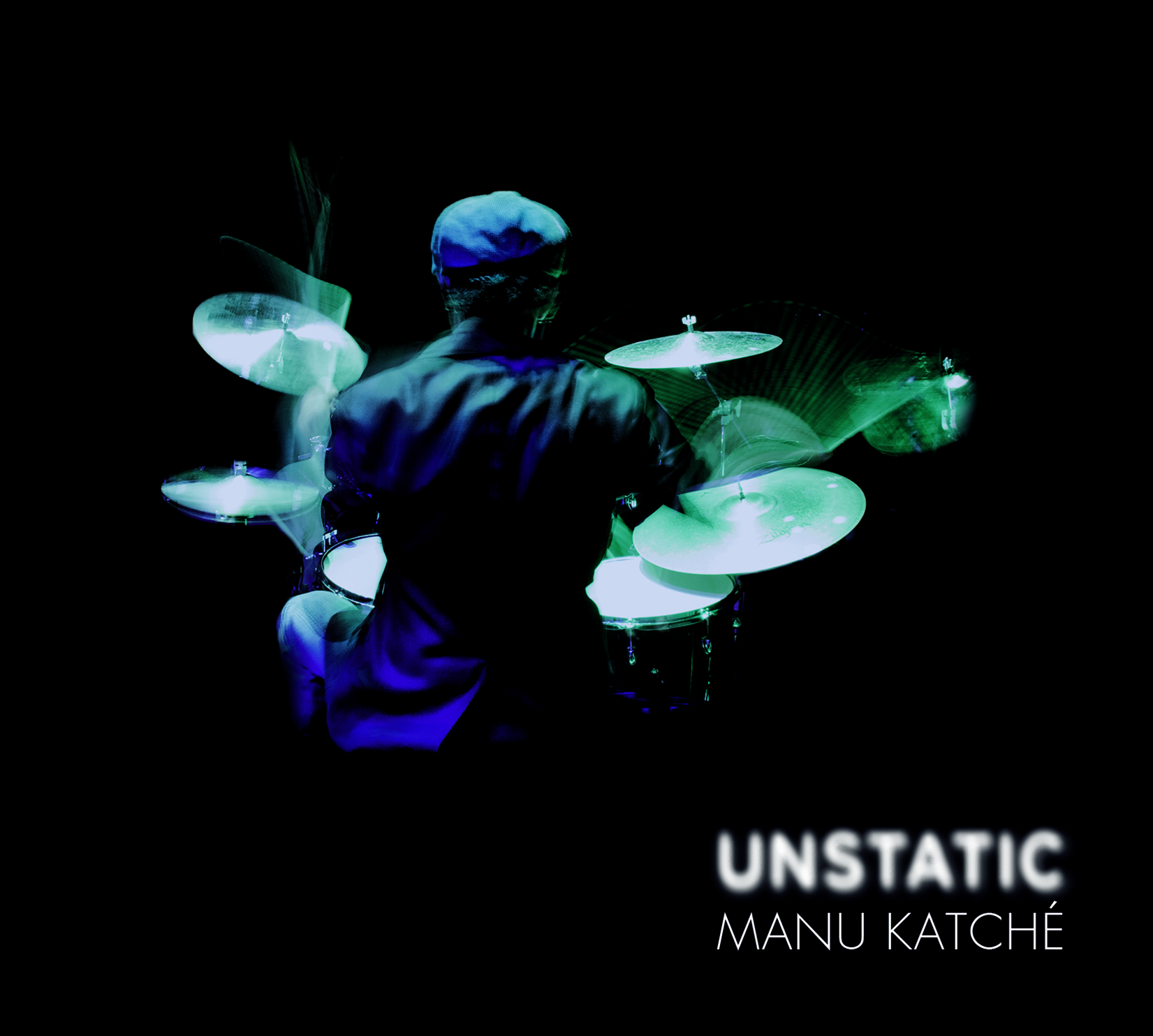 Drummer and composer Manu Katche is one of the leading lights of European jazz. Born in Saint Maur Des Fossés, France on October 27, 1958, he studied classical piano at age seven in Paris, and at age 15 enrolled at the Conservatoire National de Paris. He then became a session and concert drummer with a wide range of groups, but in the mid-’80s, Katche‘s stock rose considerably, thanks to his involvement with the touring and recording projects of Peter Gabriel and Sting. A French debut CD It’s About Time was followed by a string of engagements as a backup musician. Performing with the likes of Joni Mitchell, Jeff Beck, Jan Garbarek and Youssou N’Dour amongst others. After issuing a demo for the Zildjian cymbal company in 1999, he joined the ECM stable of artists., releasing his breakout recording Neighbourhood, with help from labelmates Jan Garbarek, Tomasz Stanko, and Stanko bandmembers Marcin Wasilewski and Slawomir Kurkiewicz. Katche‘s ECM follow-up Playground came out in 2007 with assistance from saxophonist Trygve Seim and trumpeter Mathias Eick. In addition he has performed on film soundtracks Quand Les Etoiles Rencontrent La Mer, Le Déménagement, Mookie, Zone Franche, The Professional and For the Love of the Game. Since January 2008, he hosts the monthly music program One Shot Not, the French equivalent of the BBC’s Later With Jools Holland.

On Unstatic he performs with a truly international band, featuring UK piano/keys star Jim Watson, Norwegian double-bassist Ellen Andrea Wang, Norwegian saxophonist Tore Brunborg and Italian trumpeter Luca Aquino. The new opus, an immensely enjoyable affair, reveals a suite of soundscapes whose colours form a soft blend: no disturbing fits and starts here, even if the sonic scenery often has a very contagious rush of energy. Consisting of eleven titles, each an immediately memorable invitation for us to join them on their journey, the album entwines us with the skilful spinning of a whirling dervish and reveals the drummer-leader to be a composer of growing confidence

Unstatic opens with the apty named Introducción, announcing delights to come by introducing a warm, rolling rumba into the proceedings. The title track, Unstatic, slaps into an elastic groove, a perpetual motion that alternates a jazz pulse and funky metrics, interspersed with pockets of silence into which the leader slips his characteristic punctuation with exciting blazes of rhythm. The cinematic City is another highlight, the drums establish the tension, propelled by the nervous timbre of the snare. It expresses the edgy stress of a feverish metropolis that never sleeps. Blossom installs a meditative gospel atmosphere from which an alto saxophone escapes, ringing out like a sermon. The voices of Manu Katché and Ellen Andrea Wang combine towards the end, and they assemble a welcome ostinato in song. Daze Days is a moving ballad, overflowing with the vocal qualities of Tore Brunborg’s alto saxophone. Rolling introduces a hiatus, a parenthesis that does exactly as its title suggests… and rolls alone. A concentrate of elegant, easy listening punctuated by a brief, heady piano phrase that serves as its conducting theme, highlighted by a chorus from guest trombonist Nils Landgren, while Ride Me Up begins with a hammered piano, almost a toy, and this is quickly replaced by broad swathes of brass and keyboards crowned with jazzy jabs from Watson’s Fender Rhodes. The classical tinged Trickle features a superlative solo from Watson. Out of Sight features an insistent after-beat over which the two brass instruments softly embrace, before Presentation brings the voyage to a close: in a mellow, lounge-chic atmosphere sustained by a feathery hi-hat, Manu Katché introduces each of his musician-friends to the listener beautifully wrapping up another superlative recording from the gifted drummer, composer and band leader.