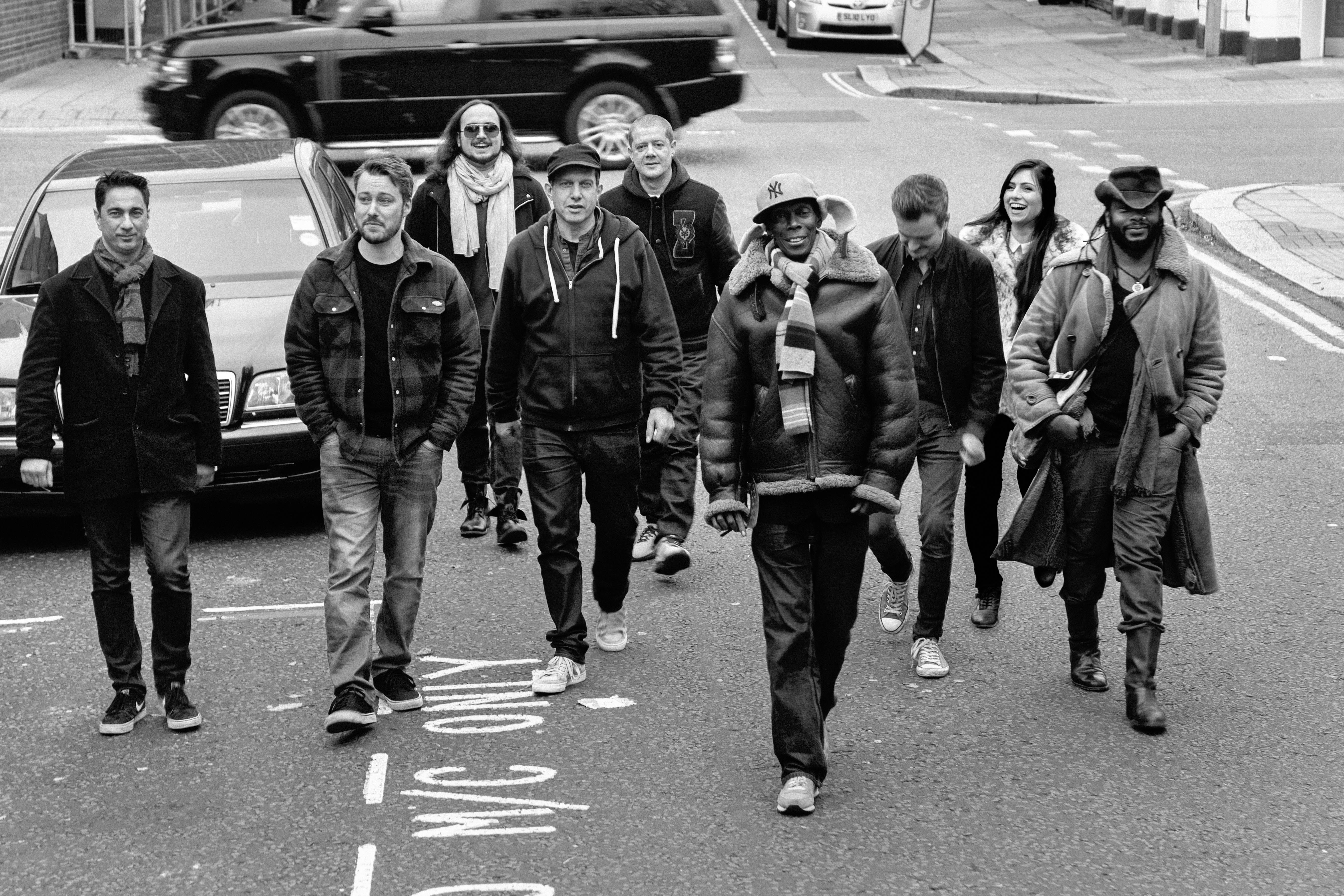 Brixton-born rapper, singer-songwriter Maxi Jazz has, for the past twenty years, toured the globe fronting one of the most successful electronic acts in the world, Faithless.  The first to mix dance, hip-hop, blues, folk and classical music – a dramatic bed for the thoughtful lyricist – Faithless were responsible for the creation of a whole new sonic landscape for dance music.

Three years ago, on a hiatus from Faithless and with no plan or agenda, Maxi Jazz returned to the studio and armed with nothing but a guitar and his notebook began to write. He looked at the music that had long moved him. For one thing, he’d been a keen guitar player – a happy amateur – from the age of 17.  “Isaac Hayes, Blaxploitation, Seventies car chases, afros, flares – that’s all my era,” he says. “I grew up in the most exciting time ever. But at the same time: I just loved the Fender guitar sound of The Steve Miller Band. Then Jimi Hendrix is the coolest guy that’s ever lived. I loved Todd Rundgren. Then, Dennis Brown, Brigadier Jerry, U-Roy – all of this stuff.  So, returning to his roots, Maxi emerged with a new sound and a new band e- Maxi Jazz & The E-Type Boys

Ronnie Scott’s are delighted to present Maxi Jazz & The E-Type Boy’s debut appearance at the club performing music from their new album ‘Simple… Not Easy’.  Maxi himself describes his sound as ‘chunky funk’; a mix of blues, soul, jazz and dubeat, all underpinned by quality songwriting and infectious tunes.

The E-Type Boys (named after Maxi’s love of cars and his passion for British history) are a careful selection of musicians who reflect his deep-rooted musical interests and with whom he shares a soul-deep connection, most of whom he has worked known for many years. Chris Jerome on keys, Basil Isaac, percussion, Al Countouris on bass, Jake Libretto on guitar, Martin Carling (Groove Armada and Morcheeba) on drums,  Chris Dover on slide guitar and on vocals, Leigh Kenny aka LSK and Azadeh.

“There’s a really nice vibe in this band,” he says. “We all love being together and hanging out. So when we do start playing, translating that vibe to a roomful of people isn’t hard at all.”