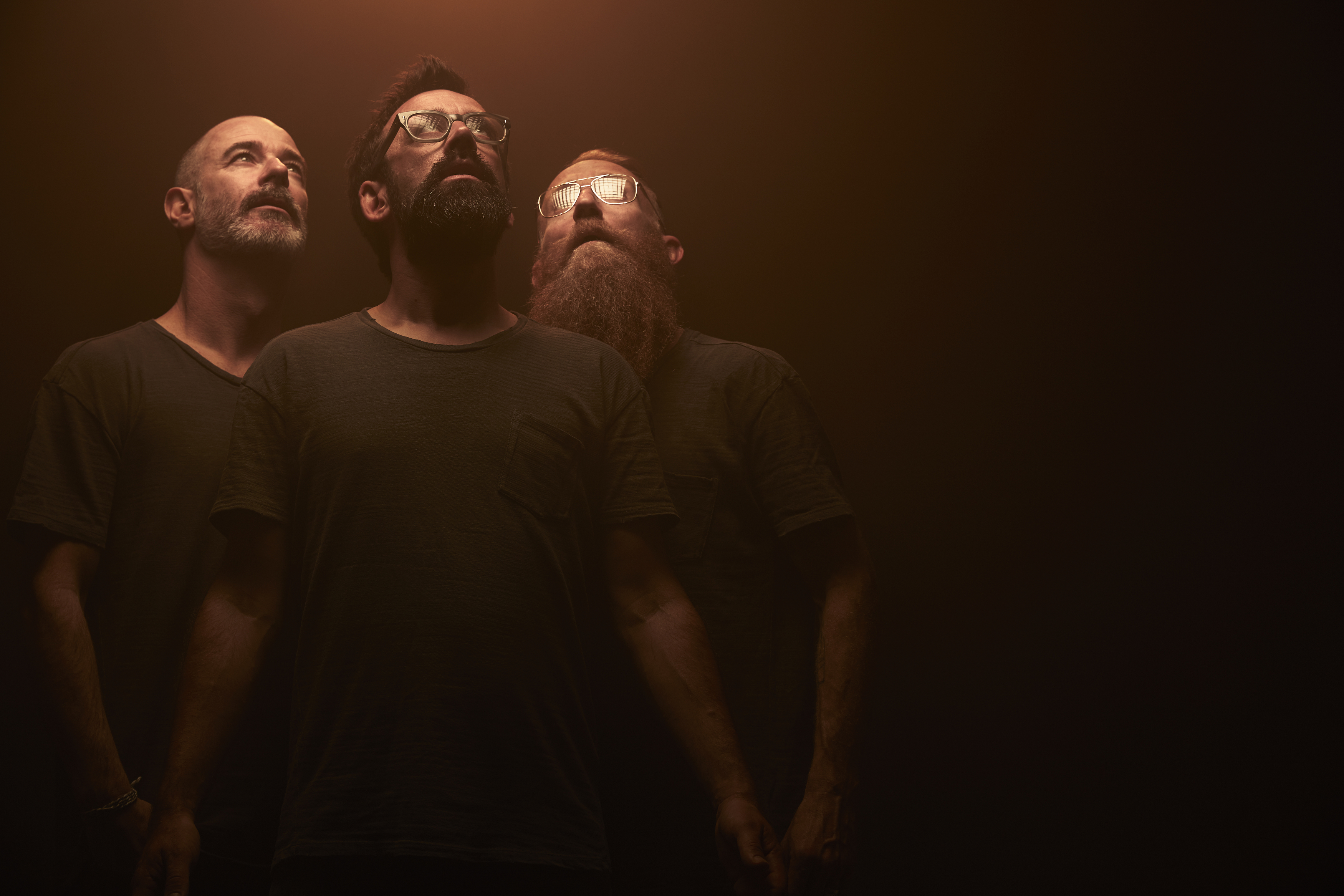 Widely acclaimed as a composer of dynamic, cinematic music and having “genuine vision” (The Sunday Times), pianist Neil Cowley presents his latest creation, a bold exercise in atmosphere and emotion; an ambitious multi layered outing that is quite possibly his most musically confident statement to date.

‘Spacebound Apes’ – Cowley’s 6th studio album with his trio – is a concept album; a glorious, hypnotic soundtrack to an out-of-the ordinary, thought-provoking tale of one man- Lincoln- an everyday kind of guy whose unfolding blog reveals a bizarre story that culminates with the album release and show. This intriguing and inspiring story is woven together with some of the most impassioned music that Neil has created.

“This is a project ‘I’ve been working towards for a long time” Cowley says. “It takes in themes of guilt, fear, loss and longing with a few twists along the way. It’s been utterly immersive yet incredibly exciting. And yes, I’m not ashamed to say it, it’s a concept album!” He continues, “It sounds a bit cryptic, but hopefully everyone will come along for the ride”.

Catch up with the story so far at http://lincolnsdiary.tumblr.com/

Spacebound Apes Live sees Neil Cowley Trio perform the album in its entirety. As on the album, Cowley is joined by long-time band mates, Evan Jenkins on drums and Rex Horan on bass, with guest appearances by Brian Eno collaborator Leo Abrahams on guitars and FX. Together, they present a powerful, atmospheric and captivating musical tale ensuring that Spacebound Apes Live is one of the must-see shows this autumn.

By his mid-teens, Neil Cowley had given up a promising classical music career (having performed a Shostakovich piano concerto at the age of ten to a full house at London’s Queen Elizabeth Hal) in favour of his true passion – old school RnB, soul and funk. He went on to tour and record with some of the most successful bands of the day including Brand New Heavies and Zero 7 alongside his own chill-out band Fragile State. Since then, Cowley has become the go-to pianist lending his golden touch to many chart smashing hits including contributions to Adele’s global chart toppers, 19 and 21 making him quite literally 2011’s most listened to pianist on the planet!

In 2005 Cowley returned to his first love, the piano, and formed the Neil Cowley Trio with whom his has released five highly acclaimed studio albums; Displaced (2006) winner of the BBC Jazz Award for Best Album; Loud… Louder… Stop (2008), hailed by Mojo as a “Modern Classic”; Radio Silence (2010), The Face of Mount Molehill (2012), a recording with a string ensemble that earned them the a Jazz Fm award for Best UK Jazz Act and Touch and Flee (2014) that cemented his credentials as a brilliant, dazzling composer.

The trio’s new album Spacebound Apes could quite possibly be Neil’s crowning glory.