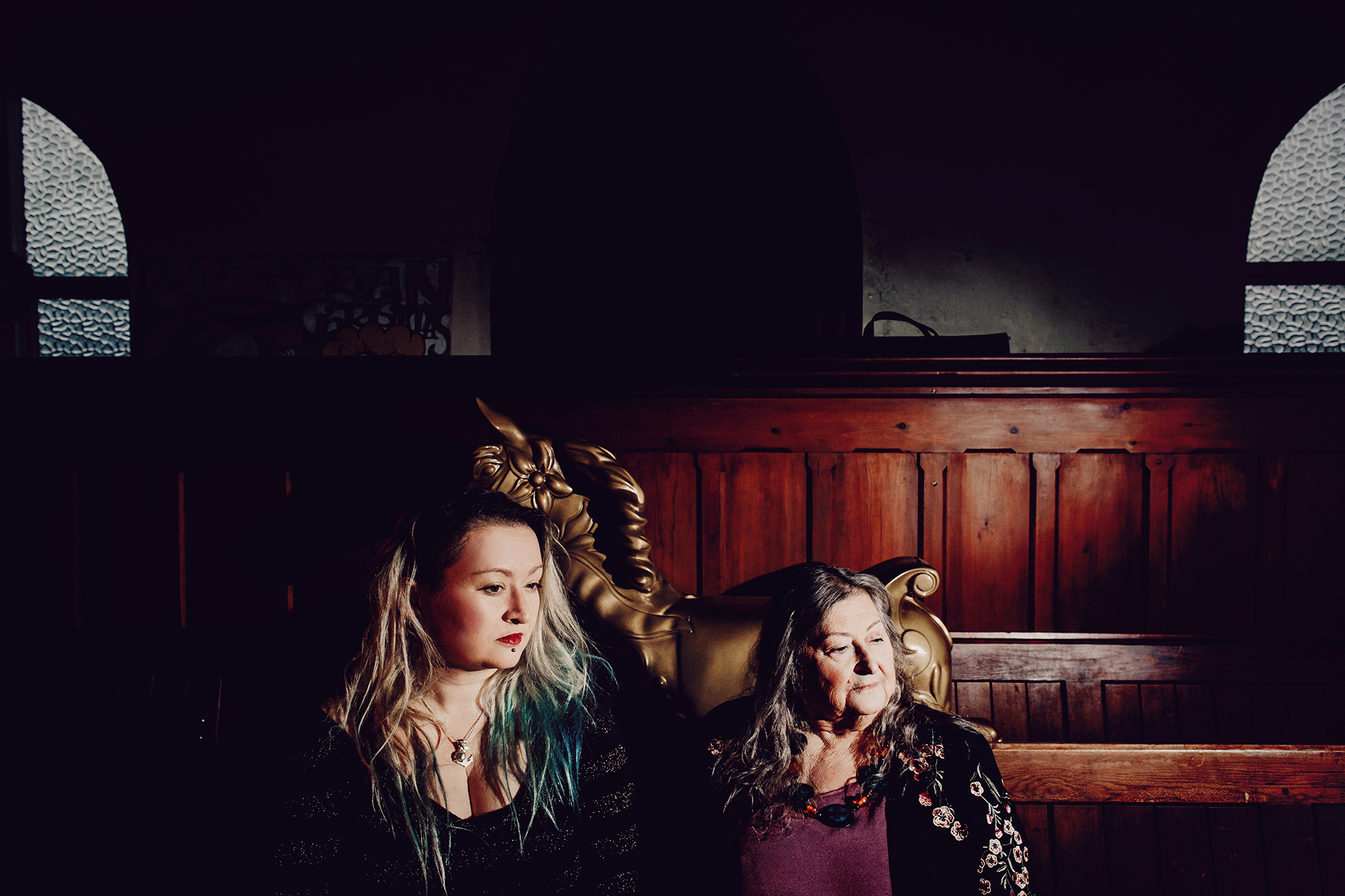 In 2010, mother and daughter, Norma Waterson and Eliza Carthy, recorded their first album together. ‘Gift’ was released by their long-standing label, Topic Records and quickly garnered critical and popular acclaim. ‘Impressive, even by their standards’ 5 ***** The Guardian

During a short run of live dates however, Norma fell seriously ill and remained in a critical condition in hospital for several months, with her husband, Martin Carthy by her side. Eliza moved back into the family home in North Yorkshire to help with her mother’s care. Thankfully, Norma has since recovered well and has even participated in an annual festival set up in her honour, Normafest, but live appearances by her are understandably now few and far between. Her many fans and admirers will be thrilled to learn that she found the strength to contribute to this remarkable new album. ‘Anchor’ was recorded with the kind permission of owner Andy Kingham at the Fisherhead Congregational Church (“the Congo”) with Eliza, in their home town of Robin Hood’s Bay, East Yorkshire. ‘Anchor’ was produced by Neill MacColl and Kate St. John and Topic Records are delighted to announce that it will be released on 1st June 2018.

As two of the UK’s finest exponents of traditional song, Norma Waterson and Eliza Carthy’s rich, distinctive and authentic voices have engaged new audiences and admirers across two generations. Between them, they have three prestigious Mercury Prize nominations, an MBE each for services to English music and have both been presented with BBC Folk Singer of the Year awards, as well as innumerable other accolades. Eliza recently embarked on her most ambitious project yet by recording and touring with The Wayward Band, a 12-piece adventure. The resulting album, ‘Big Machine’ (2017), garnered both acclaim and a chart position and the big band have quickly become festival favourites. May 2018, will see Eliza perform on the high profile BBC Biggest Weekend, alongside, Snow Patrol, Billy Ocean and Nigel Kennedy.

Although they have recorded independently and together on many occasions over the years, ‘Gift’ (2010) was Norma and Eliza’s first duo release and was produced by Eliza too. The album went on to win Best Album and Best Traditional Track at the BBC Radio 2 Folk Awards.

Norma and Eliza are still best known for their charismatic delivery of, and commitment to, traditional folk music so it may surprise some to find that this latest album ‘Anchor’ features an eclectic and beguiling collection of both traditional and contemporary songs. Amongst the 11 tracks we find Norma leading on Tom Waits’ ‘Strange Weather’ and ‘The Beast in Me’ by Nick Lowe. Trad Arr. ‘The Elfin Knight’ sees Eliza supported by Norma, Martin and extended family, ‘Lost in the Stars’ is a wonderful take on the Kurt Weill classic, while ‘Shanty of the Whale’, also featuring guest vocals of Martin Carthy, is a track written by KT Tunstall inspired by the singing of the Watersons, now come full circle in mutual respect and admiration.

The songs represented on this album all recall influences and cherished friends of the extended Waterson/Carthy family, from New Mexican friends Bayou Seco and the Irish traditional singer Margaret Barry to legendary American ballad singer Helen Schneyer; not to mention the MacColl/Seeger family who are represented not only by producer, Neill MacColl but on the Elfin Night, a song collected by Ewan and Peggy in the 1950s. The album title “Anchor” comes from a sailor’s hymn that would have been sung in the Congo chapel itself, even possibly played on the very organ you hear on the recording. It represents being rooted in love and family whatever may occur, which is what this family has always been about.

No matter what the origin, Norma Waterson and Eliza Carthy bring songs to life with their great musicality and wonderfully compassionate voices in a way that perhaps only this mother and daughter can.

‘..a genuine rite of passage as cherished tunes are handed down from one generation to another with grace, humility, honesty and love, as well as plenty of style – **** The Sun