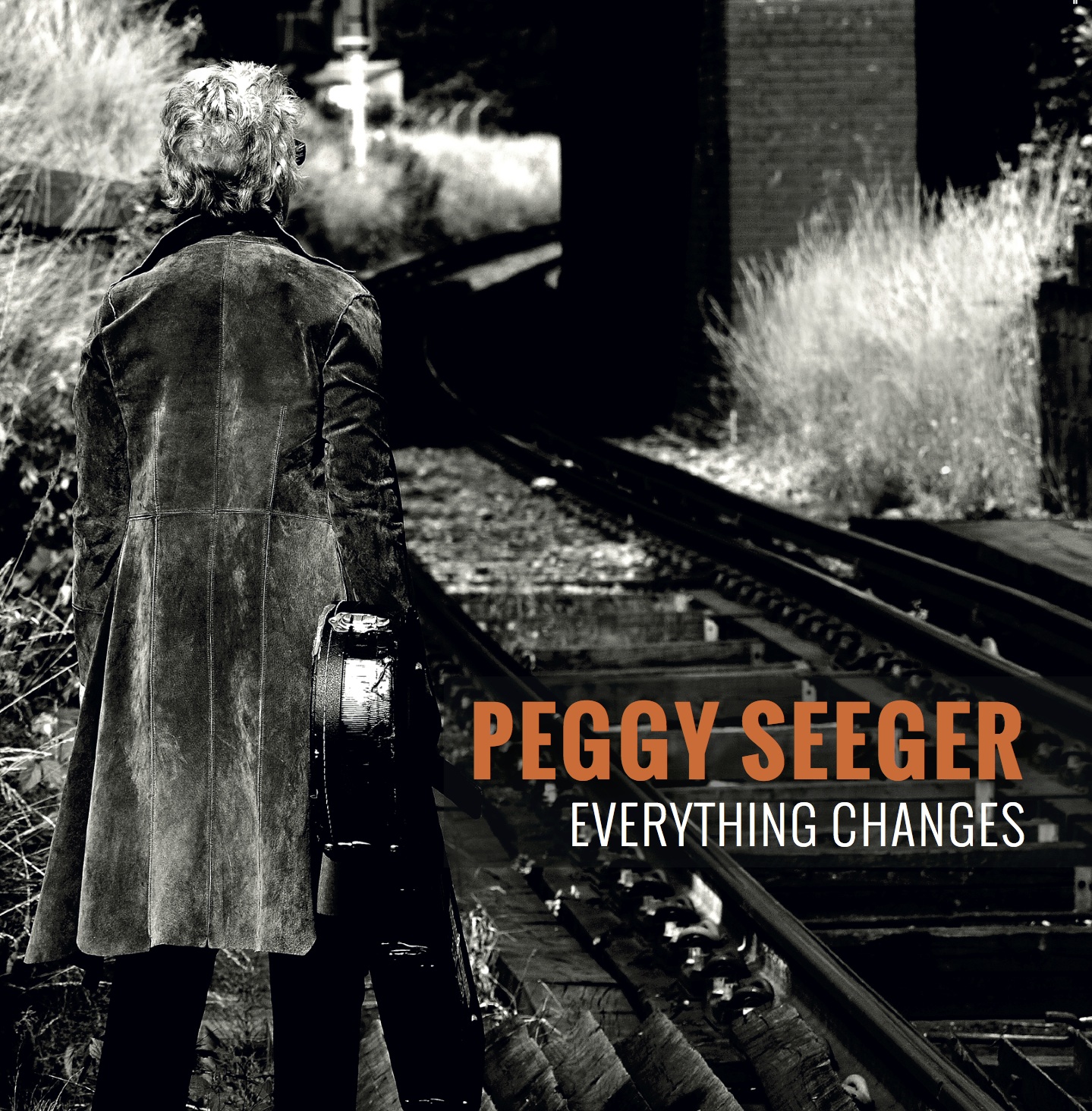 ‘This sparky woman has done so much, lived so much, crammed so much into her life … (Peggy is) somebody worth getting amazed about’ – fRoots Magazine

‘ (She) continues to expand as an artist and build upon her legacies in the process … her rapier-like wit, her highly discerning turn of phrase and remarkable ability as an instrumentalist serve her admirably’ – Blitz Magazine

In her 80th year, Peggy Seeger – queen of folk, feminist icon, political activist, eco-warrior, muse – releases her 22nd and what many already consider to be her finest solo album.

Everything Changes is a perfect example of what a singer-songwriter album should be: songs with truths to tell, told sparely but with a great chorus, delivered passionately with intelligence and humour – and – never outstaying its welcome.

As a songwriter and performer, Peggy has positively relished breaking taboos and going near the knuckle. Songs about life, death, sex, drug addiction and tragedy sit surprisingly comfortably alongside humour, irony and some lyrics discovered on the back of a public toilet door. Despite the fact (or perhaps because) she is an older woman in world that doesn’t like its heroines to get old, she continues to innervate and experiment, now delivering a supremely confident and contemporary album that also echoes back across the years.

Remarkably, this is Peggy’s first solo album on which she has worked with co-writers and recorded with a band. Produced by her son Calum MacColl (Ronan Keating, Eddi Reader) and including guitar from her other son, Neill MacColl (Kathryn Williams, The Bible), this new album also features musicians Simon Edwards (Talk Talk, Kirsty MacColl), James Hallawell (The Waterboys, David Gray), Martyn Barker (Shriekback, Goldfrapp) and Kate St John (Dream Academy, Nick Drake). Not that Peggy is ever afraid to challenge herself, witness her 2012 ground-breaking collaboration with electro-dance producer Broadcaster which was shortlisted for an AIM Award.

Having found her voice at her mother’s knee, Peggy has never sounded more assured than she does here. Despite the loss of her beloved brother Pete earlier this year and recently suffering her own major health problems, Peggy acknowledges that this album has reinvigorated her: “I felt like a bird in spring with the band putting wind beneath my new wings. I’m flying on this album and I love it.”

‘One of the seminal figures of the British folk revival..’- Daily Telegraph

‘I love Peggy Seeger. I love the life she’s lived and continues to live’ – Dave Gorman