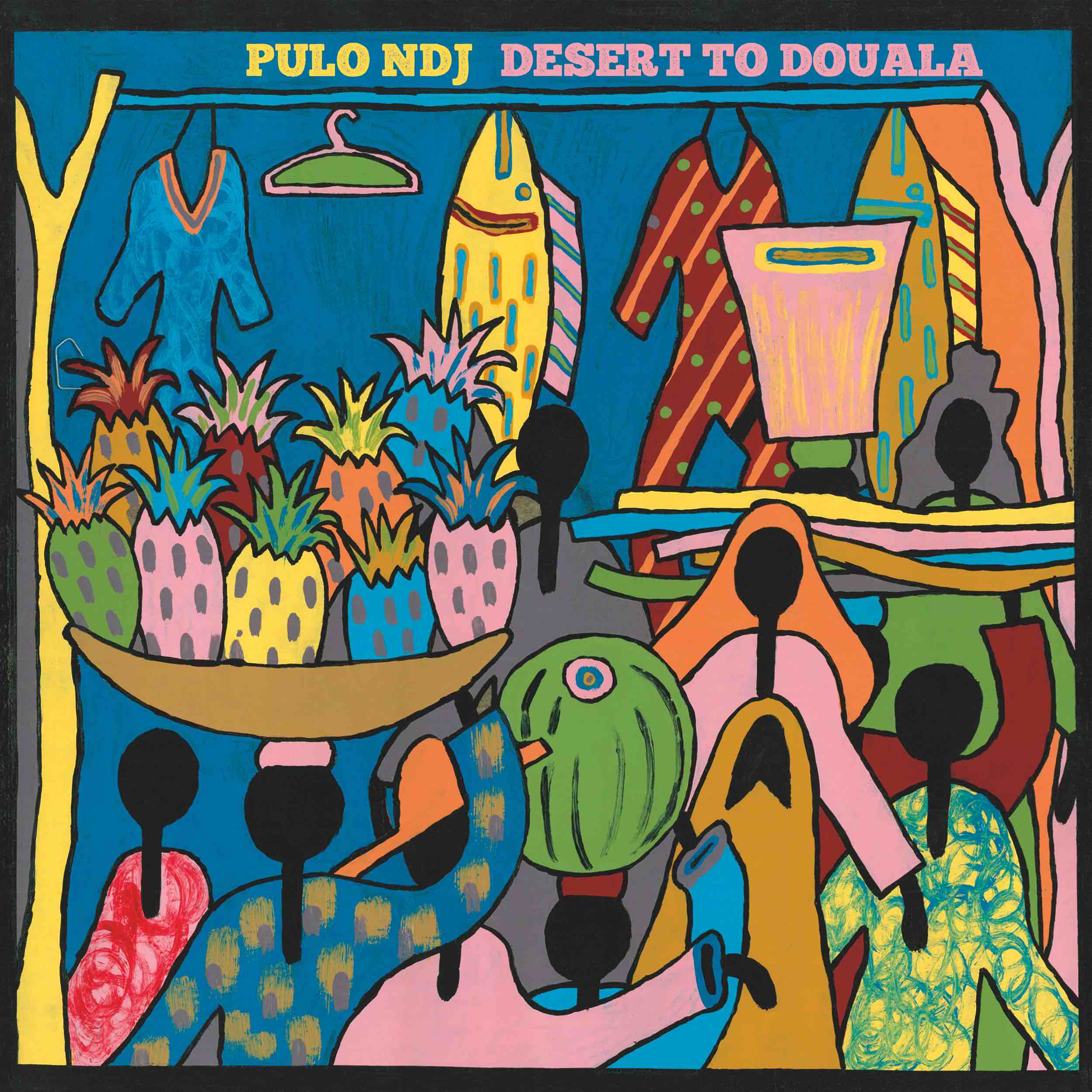 In May 2018, New York DJ and producer Nickodemusaccepted an invitation from HAPE Collective – a platform that promotes cultural exchange through barrier-breaking musical encounters – to travel to N’Djamena, the dusty capital of Chad,to teach a group of young adults DJ’ing and electronic music production skills in a pop up studio.A group of young talented artists from Cameroon, Chad, Congo and Togo all submitted demos and original songs, which Nickodemus and HAPE Collective’s DJ Buosisthen helped them produce and record. Unexpectedly, a full album came out as a result of these sessions and HAPE Collective ran a Kickstarter to fund the project with Wonderwheel agreeing to match what they raised to get the album out there.The result was Desert To Douala, an album featuring 11 songs, all originally written and recorded at the pop up studio in N’Djamena.

Chad is in many ways a blind spot on the map of today’s global musical conversation. Overlooked, misunderstood and misrepresented, outside observers rarely concede the country an autonomous voice over its past, present or future. Its capital, N’Djamena, with its well-kept stories of boundary-breaking musical collaborations and thirst for experimentation, is a city that reflects the country’s diversity. The North of Chad is arid, bordering the Sahara, where nomadic tribes revere the endless desert with their handcrafted instruments; the South is lush and tropical, where the frenetic drumming of local initiation ceremonies blend with sounds of neighboring Congo and Cameroon. In the middle of all this sits N’Djamena, a forgotten melting pot of cultures and peoples bursting with unrecorded stories of life at the margins of the world’s attention.

Nickodemus has been touring the world as a DJ since the mid 90s and through his imprint, Wonderwheel Recordings, he has explored the eclectic dancefloor sounds of the globe.The project found its inspiration in N’Djamena’s un-narrated diversity and set out to explore the possibilities offered by technology to demonstrate how the country’s rich heritage connects with existing musical conversations. It has been a year-long creative process, building friendships and fostering understanding among people united by a passion for music and creation.

Desert To Douala is bursting withhopeful, life-affirming songs documenting the human experience in this overlooked corner of the world:  Dabadji Am Alcoramaand Cera Ceraare two songs built around the sound of the garaya, a traditional string instrument used by the shepherds of the region on their crossings of the desert.  Mbaoundayeand Bazaka are reminiscent of Southern Chad’s traditional ceremonies with their hypnotic balafon and tam-tam patterns and ancestral chants.  Sangafinds its origins in rhythms used in Cameroonian wedding parties and blending it with Soukuss and Congolese rumba, while Taroumbrings a West African afrobeat flavor to the game.  Kewoleatakes its inspiration from Togo, a marvelous song about man’s respect for its own work. While Un Jour, an uplifting rap-song (in French) based on a garaya loop & features MC FTP (Funk the People) discussing issues of class and skin color felt in Chad and around the World. Clandomanis a song of praise to the ubiquitous moto-taxi drivers, the real kings of the roads of the Sahel.