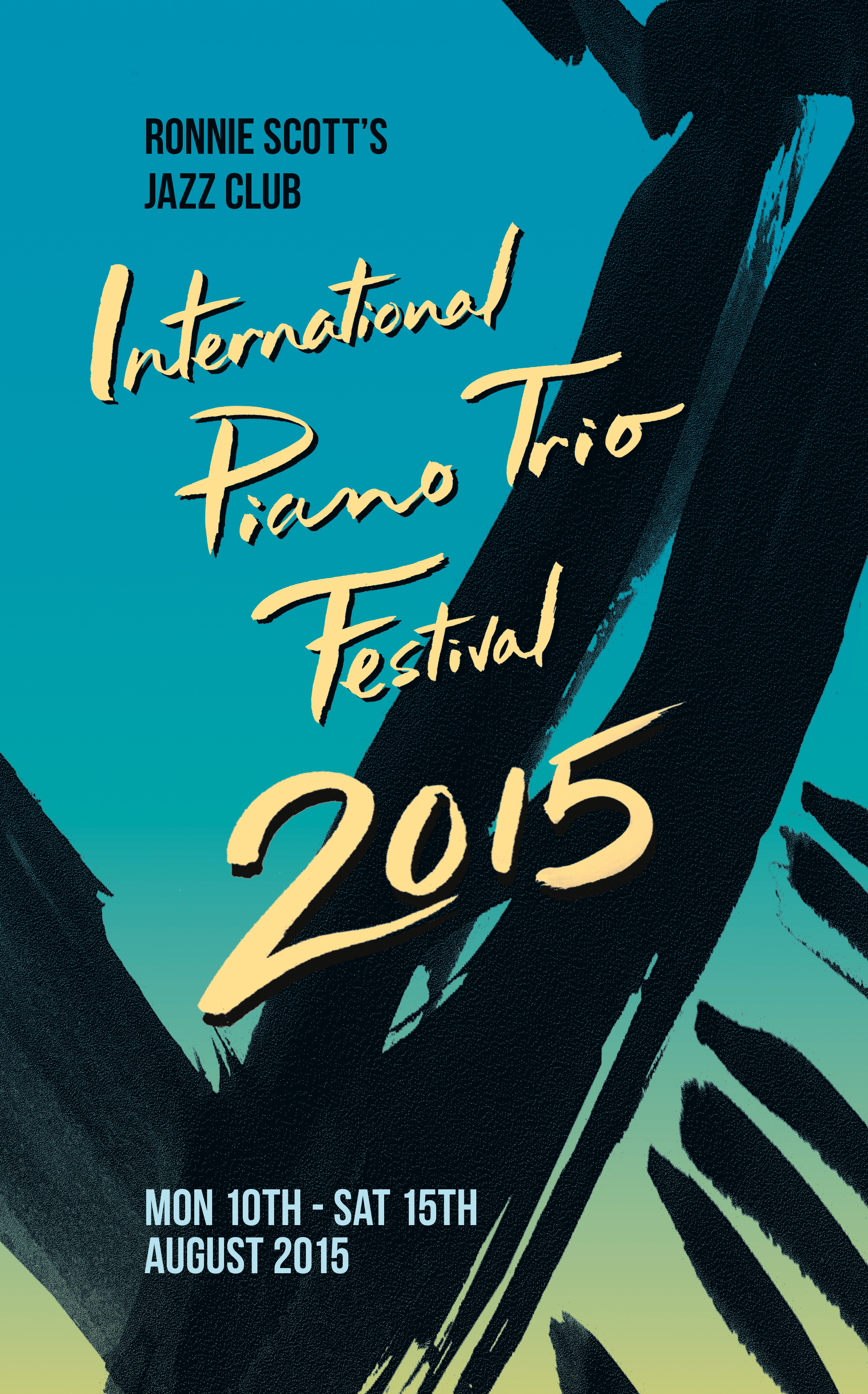 Following the tremendous success of its inaugural International Piano Trio Festival in 2014, Ronnie Scott’s confirms the line up for its International Piano Trio Festival 2015. With a programme of trios from around the world, from jazz legends to rising stars, it continues to celebrate the piano trio both as a driving force in jazz innovation and keeper of the jazz tradition. The festival represents the depth and breadth of the piano scene from modern mavericks and mainstream stars to freewheeling trailblazers, all presented in a series of dynamic double-bill pairings. The Ronnie Scott’s legendary Late Late show keep things smouldering to the wee hours with diverse sessions from some of the UK’s best piano trios.

An Azerbaijani native and winner of the 2009 Jazz Solo Piano Competition at Montreux Jazz Festival, composer and pianist Isfar Sarabski is making waves across Europe. His appearance at the Festival marks a welcome return following his sold out show earlier this year that had the club stomping with their riotous jazz arrangements. The Arts Desk noted Isfar’s forceful playing “as if the whole of jazz history was available for experimentation… pounding jazz-rock melody, followed by a swirling folk tune then sonic landscapes … an astonishing display of musical shape-shifting… His trio also knows how to swing”!

Swiss trio VEIN have been making waves in their homeland and across Europe since 2006. This magnificent trio whose chemistry and formidable musical interplay is much talked features Michael Arbenz on piano, Florian Arbenz on drums (winner of a European Culture Award) and bassist Thomas Lähns. They create exciting, dynamic and innovative music with a nod to deeply held traditional values. Performing unconventional compositions with passion, drive, wit and improvisational finesse, they have attracted big name American collaborators in ground breaking projects (Saxophonists Greg Osby and Dave Liebman have both joined them in previous highly acclaimed UK live shows). Yet as a trio their highly evocative, exhilarating shows compete with theatrical imagination have earned them accolades from across the continent.

Japanese- born, New York City-based pianist Chihiro Yamanaka is one of her native country’s most popular. She has recorded twenty albums principally for the Verve/Universal label, many of which have featured US heavyweights such as bassist Larry Grenadier and drummer Jeff ‘Tain’ Watts with one reviewer commenting that “Yamanaka is a fierce talent with robust chops, plenty of soul, and a seemingly endless imagination for the musical possibilities of the piano trio”. On top of virtuosic, light-speed chops, Yamanaka has an irresistible swing to her playing; of one performance American publication Jazz Times likened her to “Mulgrew Miller on classically trained steroids… right and left, jaws were dropping”. Highly recommended for anyone interested in straight-ahead jazz.

Elliot Galvin is a London based Jazz pianist, composer, and co-founder of the Chaos Collective, an organisation that brings together some of the UK’s most open and diverse young improvisers to record music and present live performance. Yet it is with his trio that he won the 2014 European Young Jazz Artist of the Year Award and with whom he released his debut, ‘Dreamland’ in 2014. Described by the Guardian as “audaciously accomplished”, Galvin’s trio explores the possibilities of the traditional piano trio with a sense of playful experimentation. Combining classical, jazz popular and art music, their free-spirited, improv sensibility pushes the sonic capabilities and traditions of their instruments balancing technical virtuosity, with and moments of captivating beauty.

The son of composer /bandleader John Clayton, Gerald Clayton was born in the Netherlands and raised in Southern California. Schooled in hard-swinging, melodic jazz by his father and uncle, Jeff Clayton, and his mentors Billy Childs and Kenny Barron, he has more recently collaborated with the innovators of his own generation, from Ambrose Akinmusire to Kendrick Scott. He has also toured extensively with Roy Hargrove, who he met in New York, where he’s now based. His most recent recording, ‘Life Forum’ was released in 2013.

British pianist Andrew McCormack – now based in New York – burst on to the scene with his 2007 album Telescope, a masterful record converging McCormack’s inimitable free flowing melodic lines with his rhythmic impulse. Since then, McCormack has extensively toured the globe as a bandleader with his trio, and has also been a driving force within the groups of A- listers Kyle Eastwood, Eric Alexander, Denys Baptiste and Jean Toussant, as well as a host of home grown talent, including Jamie Cullum and Jason Yarde.

Whilst their set-up may resemble that of a standard jazz trio, the music does not. Mixing pounding rock and samba-fuelled rhythms, aggressive bass lines and flowing piano riffs, British trio Black Martis create a sound big enough to surprise the unsuspecting onlooker in more ways than one.