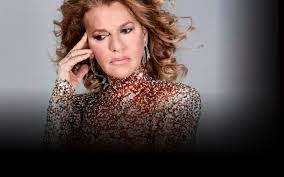 Expect the unexpected from performer, actress, singer Sandra Bernhard who appears at Ronnie Scott’s for a very special show – her first UK performance in seven years.  A pioneer of the one-woman show, her live performances are a thrilling hybrid of stand-up comedy and rock ‘n roll, a raucous mix of political satire, pop culture commentary and cabaret.

Sandra Bernhard may be best known for her role as an obsessed fan in Martin Scorsese’s film, King of Comedy (for which she won the National Society of Film Critics Award for Best Supporting Actress) and for playing openly bisexual character Nancy Bartlett in the US network sitcom Roseanne. While numerous other television roles include Will&Grace, Two Broke Girls, The Sopranos and the Richard Pryor Show as well as over 30 appearances on the US talk show, Late Night with David Letterman. Having begun her career at L.A’s famed Comedy Store in the ‘70s, she has gone on to write and star in numerous one-woman shows, acted in movies and on television, authored several books,  and presents her own US radio show ‘Sandyland’

What may not be so well known is that she is also a singer of considerable repute; she has a powerful, soulful voice and has sung with, or opened for various musical acts, including The Pretenders, Cyndi Lauper, and the Scissor Sisters and has recorded several genre-busting albums, including I’m Your Woman, Excuses for Bad Behaviour, and the world music album, Whatever It Takes.  “She has musicality to die for,” the L.A. Times wrote “a voice that swoops from the bluesy basement to a top-floor falsetto and a campy soulfulness that can compellingly reinterpret the Isley Brothers’ “That Lady” or just go nuts with “Lady Marmalade.”

Bernhard appears at Ronnie Scotts to premier her latest show, ‘Sandemonium’ with her Sandyland Squad band.  Climate disaster, Russian invasion, unhinged leaders. Are you gender neutral? Come face to face with a white supremacist? Swam through a flood? Run from a fire? Observed a chunk of the polar ice cap floating away? Lost your fortune in shady investments? Won it all back in the powerball lottery? Changed religions and still found no peace of mind? Sandy is here to make it all right, bringing you back from your bad trip.  ‘Sandemonium’ is a brief respite from the endless madness!

Ms Bernhard is a compelling performer who loves to engage her audience with personal provocative and deeply emotional content. So, expect the unexpected – a thrilling hybrid of stand-up comedy and rock ‘n roll, a raucous mix of political satire, pop culture commentary and cabaret.

“There’s no greater joy than watching a masterful comedian feed off her crowd and give it right back to them in the form of an evening that’s as hilarious as it is truthful.”…… TheaterMania