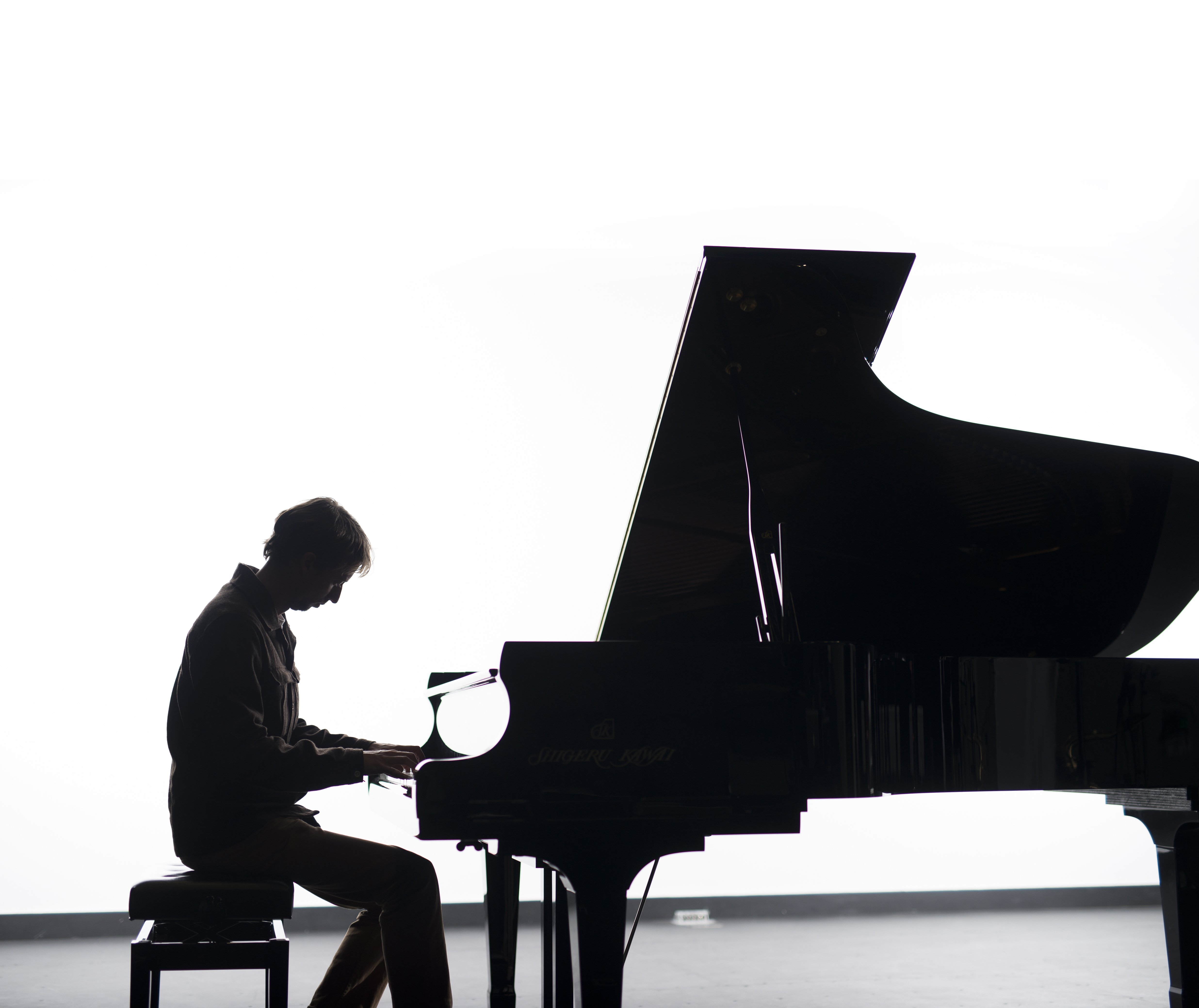 Better known as one third of the highly-lauded Australian progressive piano trio Trichotomy, pianist and composer Sean Foran steps away from the group whose cohesion and empathy, after 17 years as a unit, sees them doing no wrong.   Bringing together a brand new ensemble of cutting edge British players, Foran releases his debut as a leader; ‘Frame of Reference’, a collection of original works for the inventive line up of piano/Rhodes, guitar, saxophone, cello and drums.

Although Frame of Reference moves away from the jagged, pulse-racing intensity of Trichotomy, it is no less fluent, tight or dramatic. Foran’s desire to work with new musicians was, in part, a response to reaching for a more ‘chamber jazz sound’. Throughout the eight tracks, tempos shift with pieces building and swooping with Foran’s playing both bright and dreamy. Together, the ensemble provides sharp interplay while repeating melodies and cello accompaniment at times provide an anthemic, cinematic touch – rhythmic and hypnotic, but always with a clear melodic focus. Indeed, Foran’s love of minimalist composers including Steve Reich, Phillip Glass and modern jazz masters such as Pat Metheny are evident in his compositions.

Foran’s time in the UK, from being a Masters student at the Leeds College of Music and then through numerous tours with Trichotomy has led him to interact with a variety of vibrant players on the UK scene. So for this recording he was able to gather “players” he says “I really admire‘’- Julian Arguelles (sax), Stuart McCallum (guitar), Ben Davis (cello) and Joost Hendrickx (drums). “I wrote music that I thought they could really bring something special to”. ”Foran wrote each of the album’s eight tracks specifically for the band, thinking about what each member offers both as a player and as a person. An immediate chemistry is evident in the ensemble who were assembled for the first time at the recording session. What we hear is a fresh, exciting, spontaneous set of music created only through the pressure of recording music played for the first or second time!

“This project was something that I’d thought about for a while, and I wanted to write and record some music that featured a different lineup to the trio that I usually work with. It’s more chamber based that my trio material, and also more textural. The saxophone, guitar and cello complement each other in a really interesting way and open the music up to so many possibilities for melodic and harmonic interactions. Most of all, there’s space for everyone to improvise… it feels very open and melodic…I think there’s a sense of optimism in the music, a sense of calm”.