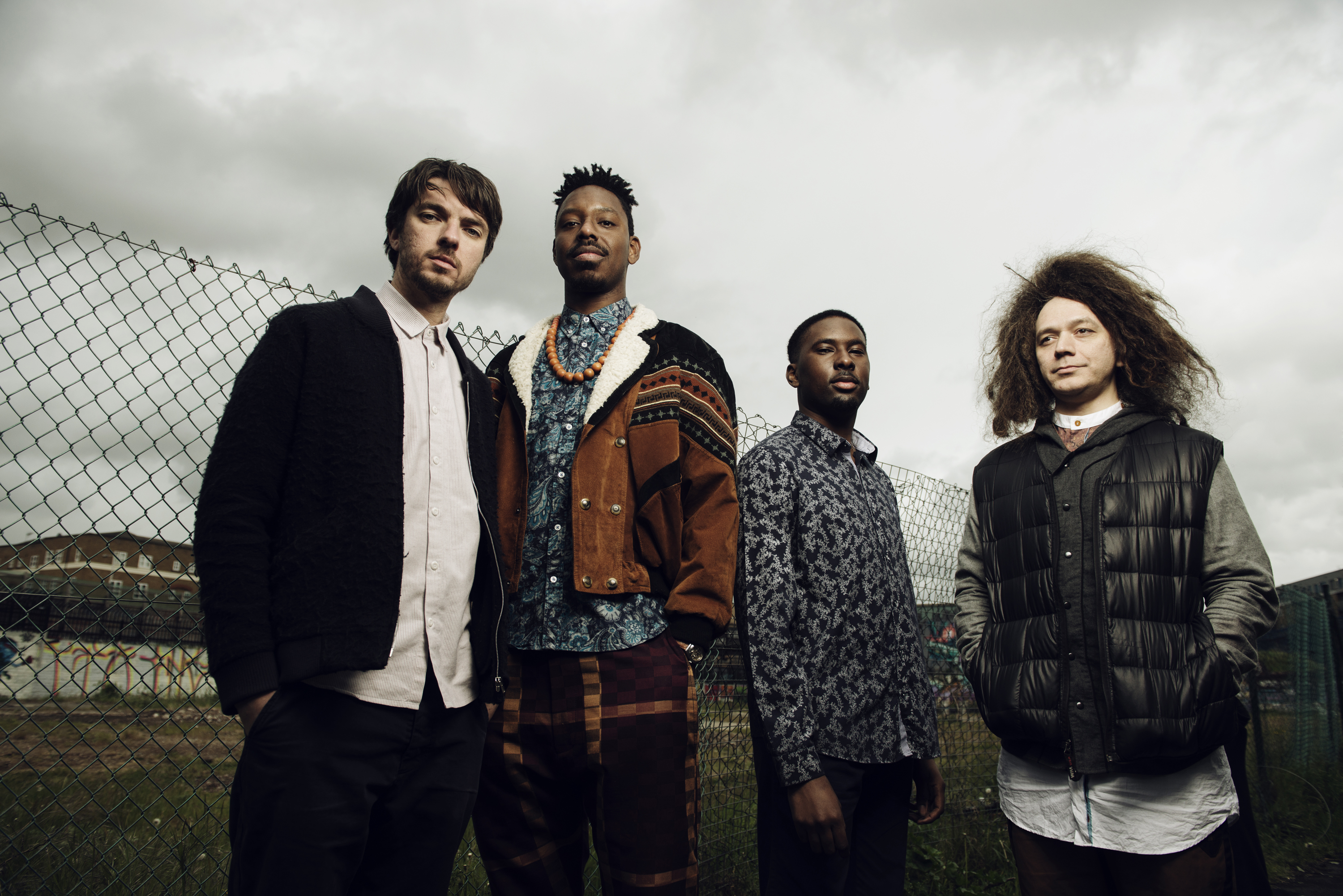 Album: Lest We Forget What We Came Here To Do

After the blistering success of their debut album ‘Burn’ in 2013, Sons of Kemet return with their highly anticipated follow up ‘Lest We Forget What We Came Here To Do.’ ‘Burn’ is a hard act to follow – not only did it garner the band fans such as Gilles Peterson (who included the album in his Worldwide Awards shortlist) and stunning reviews, including The Arts Desk (who pronounced it Album Of The Year) and The Quietus, but they also scooped the MOBO Best Jazz Award. The bar has indeed been set high for the second album, but yet again Sons of Kemet have surpassed themselves, delivering an album stuffed to the rafters with the euphoric, danceable grooves and riffs that made ‘Burn’ such an unprecedented success and audiences go crazy.

Sons of Kemet boasts a line-up that comprises some of the most progressive 21st-century talents in British jazz and beyond. Band-leader, composer and sax and clarinet player Shabaka Hutchings continues his fiery vision alongside London-based band mates Tom Skinner and Seb Rochford (a dynamo duo on drums) and latest addition, Theon Cross (taking over from Oren Marshall) on tuba.

Rather than a complete departure, ‘Lest We Forget What We Came Here To Do‘ is a vivid continuation of themes explored on the debut album. Hutchins describes the album as ‘a meditation on the Caribbean Diaspora in Britain’ and just as ‘Burn’ blazed through unpredictable atmospheres and effects, more far-reaching influences are incorporated on Lest We Forget… These range from his relationship with classical concepts (Mo’ Wiser), to literary inspirations on tracks such as In The Castle Of My Skin (named after Barbadian author George Lamming’s 1953 novel about post-colonial identity) and The Long Night Of Octavia Butler, in homage to the award-winning African-American sci-fi writer.

Meanwhile, the album’s exceptionally resonant opening track reflects an unsettling modern reality; In Memory Of Samir Awad was written to commemorate a Palestinian teen killed by Israeli forces as he fled their gunfire in 2013. Another pivotal track on Lest We Forget… is the earthy and ceremonial Afrofuturism, which takes the band’s explorations of Caribbean roots into new realms. The bass rhythm is based on a traditional Barbadian style called tuk, with a bass and snare drum; similar to fife music from New Orleans, but also West African roots, and Western military band music.

The album’s overall restless and trancey energy is most definitely a collective achievement, and over the past year and a half Sons Of Kemet have seeped this latest material into their irrepressible live sets. ‘Lest We Forget What We Came Here To Do’ is proof that there’s still nothing quite like the ‘supergroup’ sound of Sons Of Kemet: eloquent, fierce, explosively funky – and thrillingly out-there.