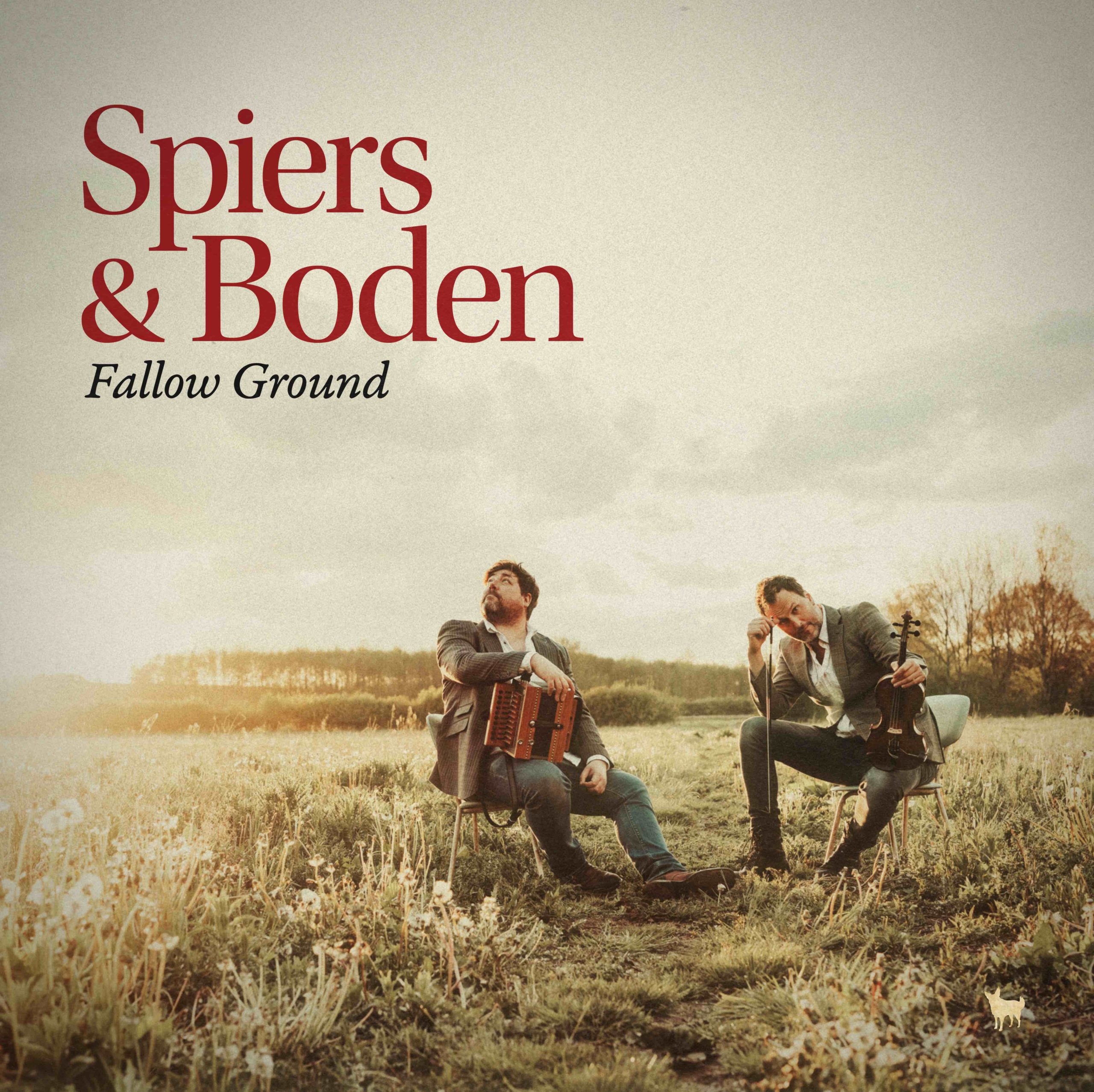 By the time John Spiers & Jon Boden had hung up their highly regarded hats as the Spiers & Boden duo in 2014 they had earned a place in the hearts of the folk audience that few could rival. Described by The Guardian as ‘the finest instrumental duo on the traditional scene’, Spiers & Boden first rocketed onto the music scene in 2001, quickly winning a clutch of BBC Radio 2 Folk Awards and
went on to become one of the best loved duos on the English folk scene and beyond.
John and Jon were also founding members of the pioneering and hugely successful folk big band Bellowhead, whose stellar career increasingly came to dominate their time. But now, after exploring solo projects, the duo is back with a brand new 13 track album ‘Fallow Ground’ plus festival appearances and a 23 date UK tour.

The title ‘Fallow Ground’ is not only a reference to the duo’s choice to put Spiers & Boden to one side for a time, but also, to the huge impact that the pandemic has had on live music.  The decision to return with an album in 2021 was made pre-pandemic and as a result ended up being recorded between lockdowns. It’s an album bursting with ideas as well as a new-found confidence to let the material speak for itself.

The songs and tunes selected for ‘Fallow Ground’ are overwhelmingly traditional – a clever mix of rambunctious melodies and contemplative ballads – and are the classic Spiers & Boden mixture of morris tunes, pieces brought back to the 21st century from dusty manuscripts and, of course, a rare ability to conjure their own remarkable tunes. A particular favourite of John Spiers is Funney Eye found in the 19th century manuscript of fiddler William Henry Giles of Bampton, Oxfordshire (of Bampton Morris fame). The tune was incomplete, so Spiers says he ‘used his intuition’ to finish it off. Bluey Brink comes from the repertoire of Peter Bellamy and is the duo’s first foray into the world of Australian folk song. Butter and Cheese and All  is also from Peter Bellamy, although this version is Sam Larner’s and is also known as “The Greasy Cook”, “The Cook’s Choice” or more intriguingly “Cupboard Love.” The title track, also known as “As I Stood under My Love’s Window” or more prosaically “The Cock,” is an unusual traditional love song in that it’s neither boasting of “conquest” nor is it lamenting betrayal or abandonment – everyone enjoyed themselves! There are also original tracks, such as Bailey Hill / Wittenham Clumps – the first tune written by Jon, the second by John, both about hills which mean something to them; Giant’s Waltz / The Ironing Board Hornpipe inspired by the Giant’s Causeway and The Fog (written by John).

‘I guess we were looking for songs during lockdown with a sense of fun and light relief. I realise that there are zero songs about death on this album, which is probably a first and may get us expelled from the English Folk Dance & Song Society. Yes, traditional songs with a joyous edge’. Jon Boden.