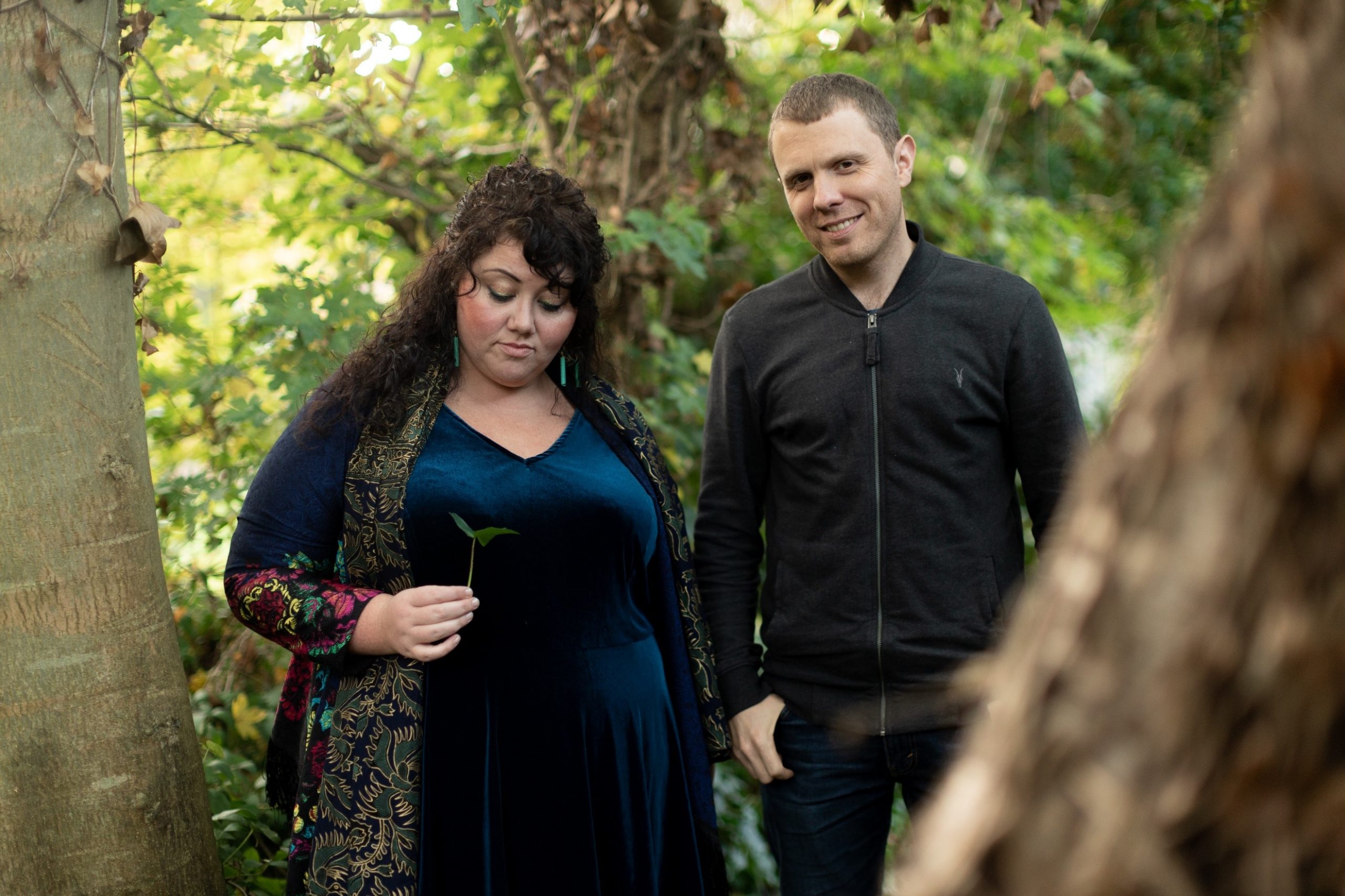 “folk roots but different horizons…  (with the) jaw-droppingly stunning, woozy voice of Rioghnach Connolly” (The Guardian)

“Ríoghnach Connolly, a truly fabulous singer… just one of the most intoxicating voices anywhere”  (BBC R2: The Folk Show)

In November 2018, singer Ríoghnach Connolly and guitarist Stuart McCallum embraced, beaming out at an audience that had leapt to their feet at the close of their intimate show in Brighton.  They too had felt that something very special had just happened.

Stuart and Rioghnach are the creative heart of The Breath.  For this show, they had performed their first duo set, minus their full touring band, allowing their extraordinary connection to shine through.  Stripped bare, they found a new depth and beauty in their unadorned, heartfelt songs that had connected with their audience in such a remarkable way.

A few weeks later, they travelled from Manchester to Real World studios to re-record eight tracks; six taken from their highly acclaimed 2018 release, ‘Let the Cards Fall’.  In a set-up that mimicked the gig setting, tracks were recorded in one take, live, immediate and in the moment.

“Whilst feeling a bit daunting at first” says Stuart, “we knew after the Brighton gig that the space in the music allowed for more subtlety, presenting the songs in a new light and really capturing the lyrical narrative and performance nuances in an extremely intimate way. It felt important to go to Real World Studios and revisit these songs in this intimate, raw duo setting”

‘Only Stories (Let the Cards Revisited)’ is the result; a duo recording of immense power and emotion. Stuart’s beautifully insistent, infinitely subtle guitar is the perfect partner to Ríoghnach’s intoxicating, deeply passionate voice, at times, as described by the Guardian, as “tender as the grasp of a childs hand” others, robust and intense.

‘Only Stories’ revisits a selection of the Breath’s skilfully crafted songs. Written by Ríoghnach they are raw, poetic and deeply personal, touching on subjects that mean most to her – cultural dislocation, injustices, family, love and grief.  Throughout, the Celtic nuances of Armagh-born Rioghnach ’s  voice and skilful, distinctive flute underscores her traditional Irish folk roots;  balanced by warm, yet sparse soundscapes; their unique twist on alt-folk.

The title track, Only  Stories is one of two new songs. Imbued with a serene fragility, it tells of R oghnach’s childhood summers in West Cork with her grandparents. Instrumentation is sparse and song writing is intimate with Ríoghnach’s flute bringing an emotive quality to this beautiful song. It is  released as a single on 22 February.

Ríoghnach Connolly (pron. Ray-oh-nah) is Armagh born and Manchester based.  Known for her work with Afro Celt Sound System and Honeyfeet, she met Stuart McCallum on the city’s gig circuit several years ago. An unlikely pairing though it was – she a folk singer, loud and mischievous, he a jazz guitarist, member of Cinematic Orchestra and a softly spoken Manchester urbanite – their connection was immediate.  They formed the Breath, a duo (with occasional supporting band members), presenting their contemporary take on alt-folk.