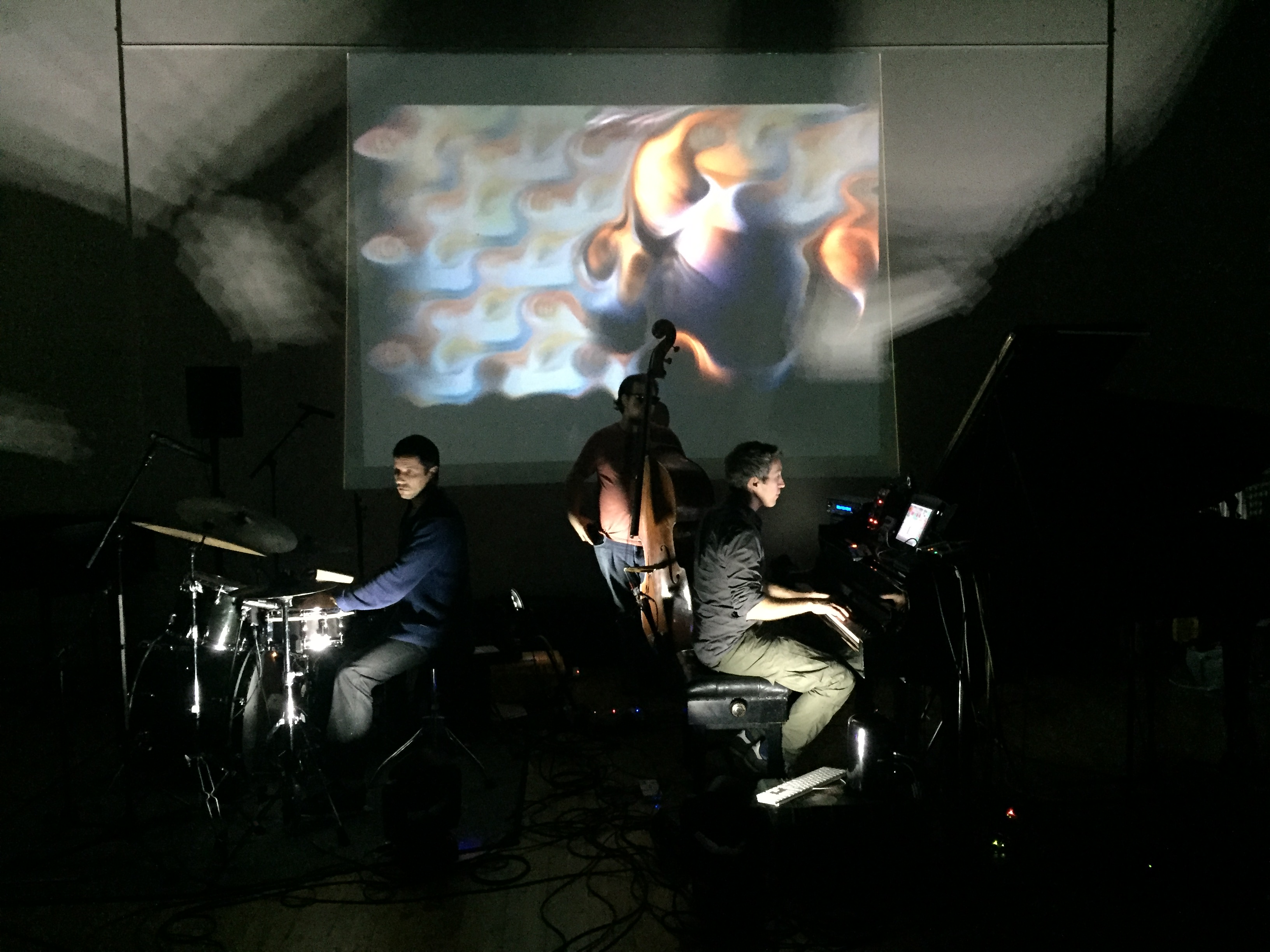 TIN MEN and THE TELEPHONE

“..drawing their audience into the heart of the gig…. multimedia gadgetry and a sense of mischief combined to create something fresh and unexpected.    Roe and his friends were reminding us — in captivating style — that jazz can be fun and profound at the same time.  The Times *****

Amsterdam based trio, Tin Men and the Telephone have made a name for themselves for their innovative approach to jazz improvisation and live audience interaction.  Emplying live electronics, projected visuals and ground-breaking technology (their innovative Tinmendo app), they have found ways that allow audiences to become a part of their multi-faceted, hugely engaging, enormously fun interactive shows.  Audiences are able to play games, direct the style, rhythm, tempo,   instrumentation, and create beats as the basis for instant composition for the band’s highly acclaimed riveting jazz excursions.

In what is thought to be the first project of its kind, Amsterdam-based trio Tin Men and the Telephone have been selected to undertake a three-year programme working with six UK partner arts organisations to explore new approaches to the experience of live performance through staging, shaping their performance, using technology and audience participation.  Crucially, audiences themselves will be directly involved in this work.

Throughout a three year period, Tin Men will work with partners in six residences, each with invited guest advisors (from the world of theatre, comedy, tech and beyond) and local audiences to playfully explore new approaches to the live experience.   Each residency will allow time to experiment and explore new performance ideas – the staging, the technology, participation – and crucially, includes time with local audiences to share what has been learned during the week.  Having the insight into the creative journey allows these one-off band members to give feedback on what they – the audience – feels will work, and what might be developed further.

The resulting new material will with then tour in each of the coming three years.

The first residency took place at Snape Maltings in October 2017, where they were joined by London-based theatre director Owen Lewis who contributed his experience as a comedy writer and dramaturg (his most recent credits include developing and directing the national tour of Suggs Live and Hardeep Singh Kohli’s Indian Takeaway).  The second took place at Oxford Contemporary Music (Oxford Brookes University) in January 2018 where they were joined by Andrew Sommerville and Jon Cooper, founders of differencEngine, a company specialising in immersive & interactive theatre whilst exploring the boundaries of technology in performance.  The third will take place at The Birmingham Conservatoire in November 2018

Tony Roe, Tin Men’s pianist/co-composer believes “that space to think and to imagine differently is essential for the creative process and to be challenged and inspired by expert advice is invaluable. But for us, it’s equally essential that our audience feeds into this. So, rather than crafting our show ‘behind the scenes’ our live shows are performed with, and not to audiences”.

“Am I experiencing the future of modern music?”

“I enjoyed this new way of giving an audience some influence over a music performance”.

Download Tinmendo for free at iTunes and Google Play.

in action, Tin Men with the Metropole Orkest http://bit.ly/2wxdc7t