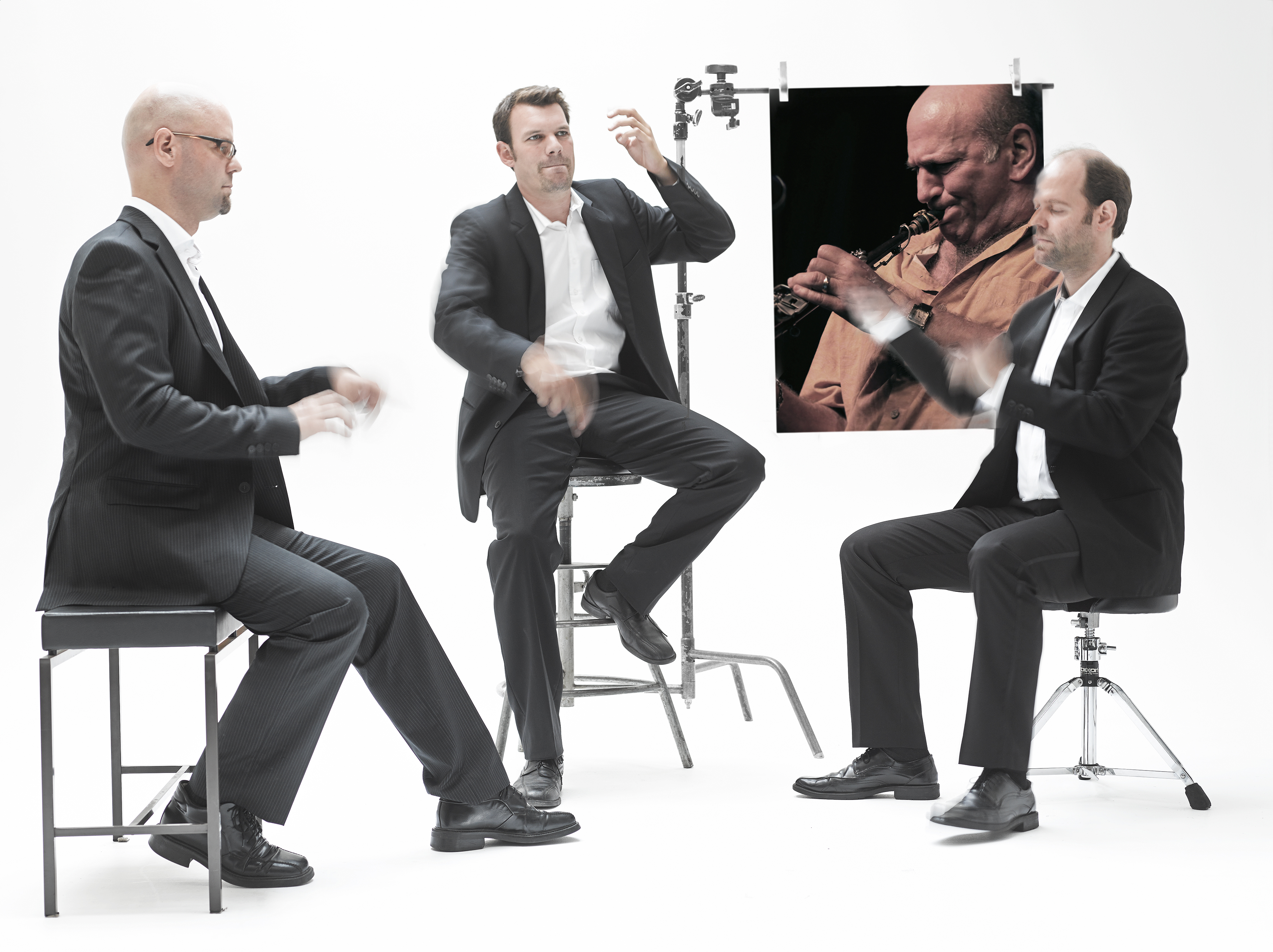 May 26   Manchester, Band on the Wall

Swiss trio Vein create dynamic, innovative music with a nod to deeply held traditional values. Although they’ve collected accolades from across Europe for the past eight years, they debuted in the UK last year with a new album and a much talked about show at London’s Vortex.   They now return with a special edition quartet featuring the great American saxophonist Dave Liebman.

Twin brothers Florian and Michael Arbenz, both accomplished players- Florian on drums and Michael on piano –formed their trio with bassist Thomas Lähns.  Their chemistry and formidable musical interplay was documented on their acclaimed 2006 debut, yet they had set their sights on something “beyond the status quo”. As Michael explains, “We all wanted to learn in a traditional way by playing with the great players of an older generation. We understood that jazz is all about feeling and unexplainable things, so the best way is to be on stage with the real guys…so we started inviting great musicians to come over to Europe to play with us.”  This lead to rewarding collaborations with American trombonist Glenn Ferri and alto saxophonist Greg Osby (who guested with the trio at the Vortex in 2014, a show that was recorded and broadcast by BBC Radio 3’s Jazz on 3).

Then in 2009, in search of new input, Michael Arbenz contacted the sax great Dave Liebman via email. Having apprenticed with Miles Davis and Elvin Jones in the ‘70s, recorded countless albums as well as co-leading the Saxophone Summit with Joe Lovano and Ravi Coltrane, Liebman, the master contemporary saxman, was their first choice. “He is a perfect link to the jazz tradition and also a great inspiration in terms of how to expand to new directions and try out new things. And of course, he is an incredible player and musician in every sense.”  Open to playing with younger musicians, Liebman joined the trio on a small tour. Their potent chemistry was evident and they went onto collaborate in the coming years, documenting their powerful sound on their live 2012 recording Lemuria.    The quartet also performed at St Georges in Bristol last year, of which one critic noted “a tight ensemble that read itself perfectly, resisting the pull of the obvious in favour of surprises” (Bristol 24/7).

Jazz Talks sees the four kindred spirits come together for their first studio recording (Vein’s ninth recording overall).  Recorded in just one afternoon in Basel with no rehearsal, Jazz Talks has one foot planted firmly in old school swing, while the other strides boldly into the unknown. As always with Vein and its collaborators, there is a commitment to the greatest possible balance of all voices  – all four members compose, arrange and solos are assigned to all – perfectly demonstrated in the  albums opener; a vibrant, dynamic probing extrapolation of the standard All The Things You Are, played here as a collective improvisation. While some pieces on Jazz Talk nod to the jazz tradition (they tackle three further standards), the recording features nine original evocative and exhilarating burners that stake out new musical territory. Three pure improvisations (‘Small Talk’ 1-3 interspersed throughout the album) pair Liebman in provocative and expressive duo settings with each member of the trio.

All in all, Jazz Talks is an album of stupendous musical togetherness packed with surprising melodic and rhythmic turns played with precision even in the most complex and twisted passages.  Freewheeling, swinging brushwork, envelope-pushing piano, full-toned soprano flights, unfettered blowing, slamming backbeats, edgy M-Base, forceful funkiness and serene dark beauty all converge.

“a tight ensemble that read itself perfectly, resisting the pull of the obvious in favour of surprises” (Bristol 24/7, Vein with Dave Liebman, St George’s Bristol)

“What an absorbing evening’s music this was, making a familiar sound somehow a collective and quirky effort. Sometimes they were a classic piano trio, or blazing quartet, then a contemporary trio of equals demolishing a theme, then a freewheeling  improvising unit” (Listomania, Bath, Vein with Dave Liebman, St George’s Bristol)